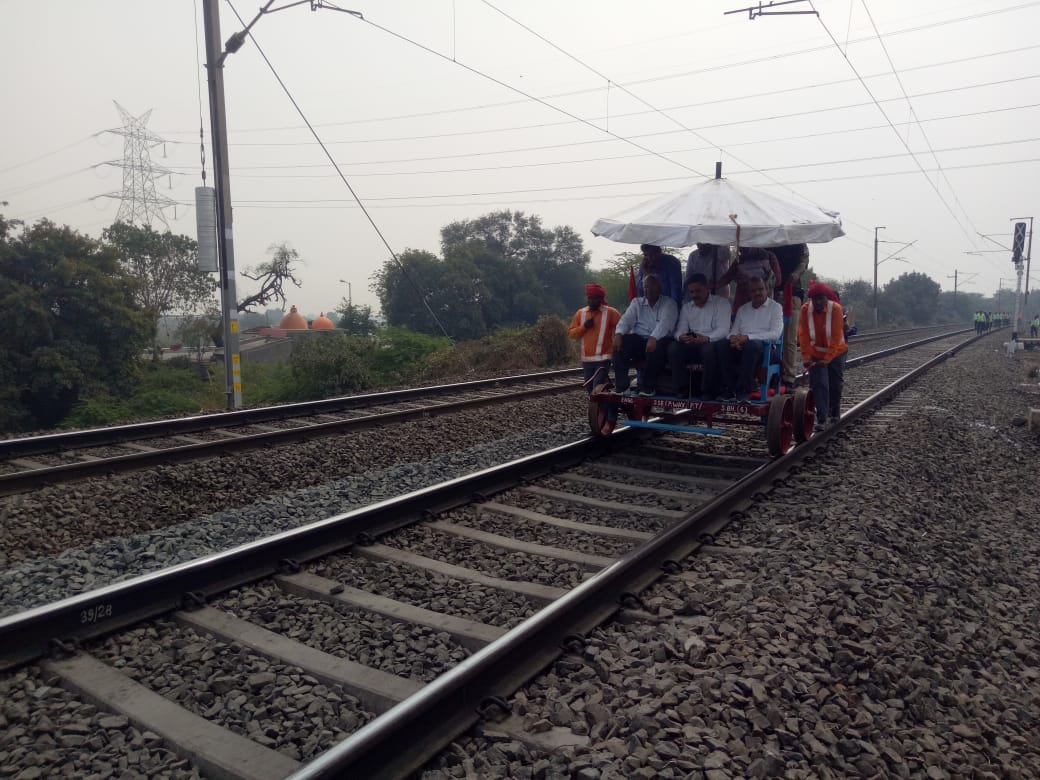 Checked the safety parameters and passenger amenities at stations.

“We check the safety parameters and specially the passenger amenities and safety at stations during the annual inspection of important Surat and Vadodara section. The divisions also performed well as per the TGI value and we see lots of improvements during our inspection,” said A K Gupta General manager, Western Railway after reaching Vadodara for the inspection.

A K Gupta conducted annual inspection of Surat- Vadodara section of Vadodara Division on 13.02.2019 accompanied by DRM Vadodara Devendra Kumar, Principal head of Departments, other officers and staff. They checked the various parameters of infrastructure development, passenger safety and amenities.

“With the heads of every department we checked the different infrastructures like bridges, tracks, station amenities and safety issues of passengers at stations. The Commissioner of Railway Safety also personally visited the intersecting tracks and under bridges during the inspection. The medical department with is checked the quality of water supplied at stations and also the amenities provided at the the railway quarters. The inspection helps us to improve the areas after discussion with the division officials,” said Gupta.

About the Bullet train project he said the railways is ready with its drawing alignments and the blue prints of the stations being built at Ahmedabad, Baroda and others. For accidents due to human error he said the staff training is going on regularly and they were told not to take the shortcuts.

Finally about the inspection he said they find the improvements and the stations performed well in the TGI value and efforts are there to improve the infrastructure and amenities at the divisions.