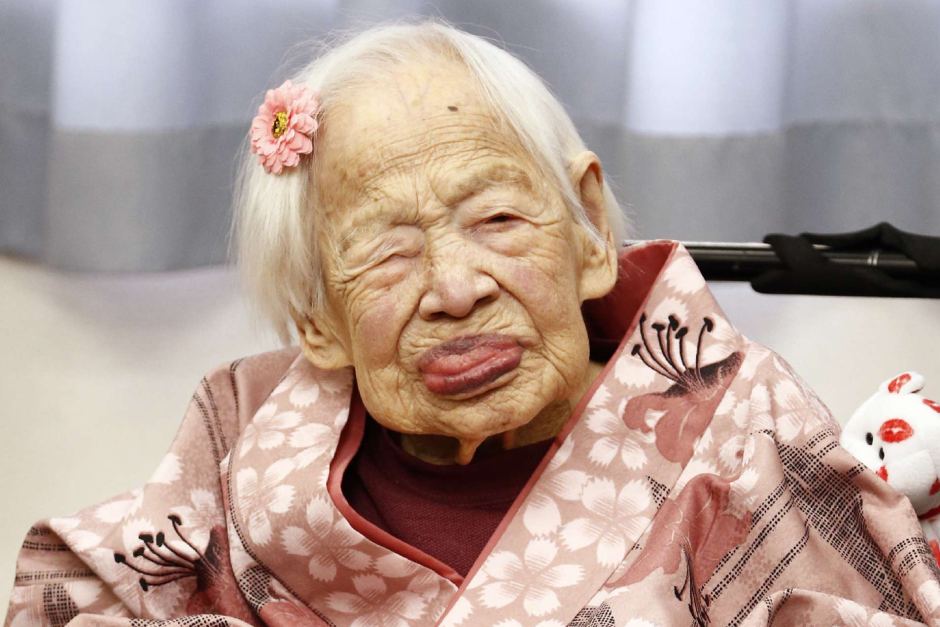 The world’s oldest person has died in southern Japan at the age of 117.

An official in the town of Kikai says Nabi Tajima died in a hospital yesterday shortly before 8 pm. She had been hospitalised since January.

Tajima was born on August 4, 1900, and reportedly had more than 160 descendants, including great-great-great grandchildren. Her town of Kikai is in Kagoshima prefecture on Kyushu, the southernmost of Japan’s four main islands.

She became the world’s oldest person seven months ago after the death of Violet Brown in Jamaica, also at the age of 117.

The US-based Gerontology Research Group says that another Japanese woman, Chiyo Yoshida, is now the world’s oldest person in its records. She is 116 years old.