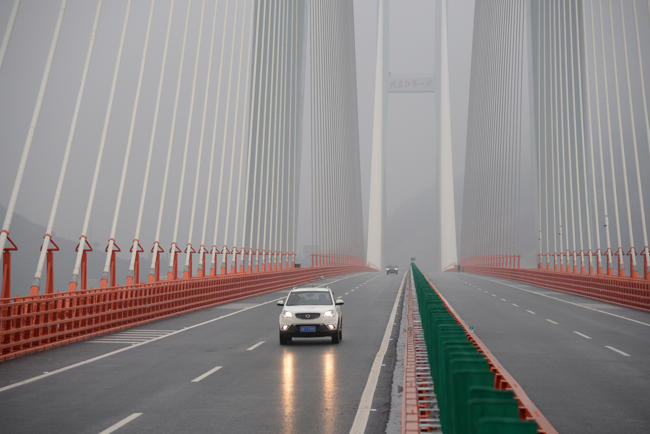 China on Thursday inaugurated the world’s highest bridge that rises 565 metres above the Nizhu river canyon and connects the southern provinces of Yunnan and Guizhou, officials said.

The construction of the Beipanjiang bridge, 1,341 metres in length, began in 2013 and ended in September, Efe news reported. Over 1,000 engineers and technicians were employed for the construction of the suspension bridge built at a cost of one billion yuan ($144 million).

Located on the Beipanjiang Valley, it boasts the maximum vertical distance between the bridge’s deck and the earth or water surface below, and is as high as a 200-floor building, said the Guizhou Provincial Department of Transportation. The bridge is part of a highway that connects Hangzhou, capital of the eastern province of Zheihjiang, and Ruili in Yunnan.