World Book Fair kicks off in the capital 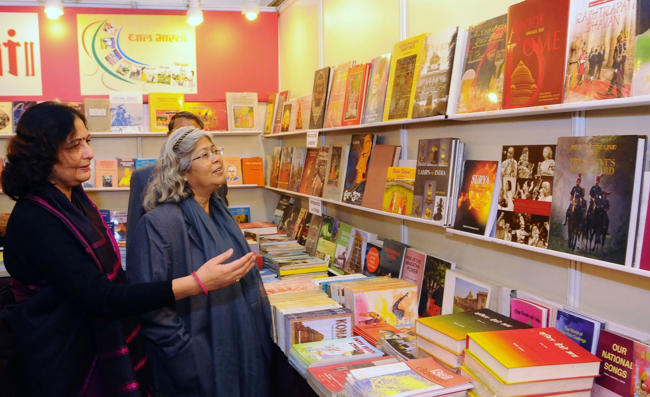 Focussed on writings on and by women, the nine day-long New Delhi World Book Fair kicked off here at the Pragati Maidan today amid an impressive ambience, decked with hoardings and posters of women scholars and writers.

Minister of State for Human Resources Development Mahendra Nath Pandey inaugurated the fair after which it opened for public in the afternoon. Pratibha Ray, noted Odia Author and Jnanpith Awardee was the guest of honour and Tomasz Kozlowski, Ambassador of the Delegation of the European Union to India was the special guest on the occasion.

A host of activities, ranging from seminars and panel discussions to storytelling sessions and workshops on creative writing are underway at the Children's Pavilion. "New Delhi World Book Fair will have ‘Manushi' as the Theme of this year, which will focus on writings on and by women; and will exhibit the rich tradition of women writings from ancient times till present," the organiser, National Book Trust, said in a statement.

NBT is celebrating 60 years of its foundation by showcasing its journey in promoting books and reading at a special exhibit "This is no looking back!"

The exhibit displays the varied activities that NBT has undertaken in promoting books including fairs organised across India, participation in international book fairs and its publishing programme, among others.

Nearly 800 publishers from across the country and abroad are participated in the Fair, making it a grand celebration of books and writers.