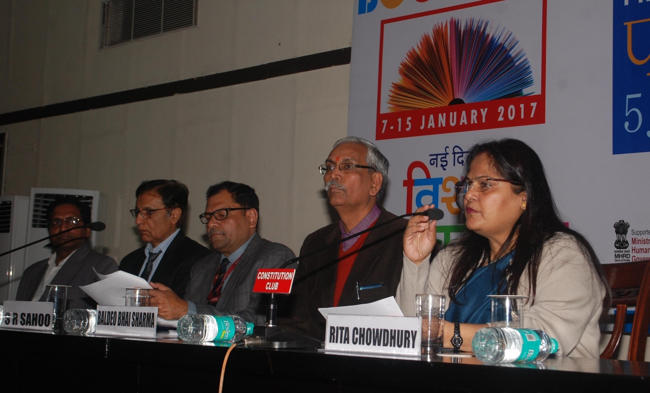 Book lovers who are looking forward to meeting authors from Pakistan or reading books written by them might be a little disappointed, as this time only one distributor from across the border will be attending the 44th edition of the World Book Fair.

"We didn't get any application from Pakistani authors or publishers and we don't invite any specific author or publisher unless it is the Guest of Honour country. We give platform only to those who apply," Rita Chowdhary, Director of World Book Fair told IANS.

This year, about 20 countries along with their delegates will be participating in the fortnight-long World Book Fair, which begins on January 7.

Held at Pragati Maidan, the book fair, which is one of the largest among Afro-Asian countries, is set to host more than 2,500 stalls. The organisers mentioned that the special emphasis has been put on European countries like France and Germany this year, who will talk about markets, trends and collaborations in a session and will showcase their book market scenario at the event.

"We are highlighting the Indian diaspora in the European countries as well as focusing on making the translated works of these nations available in the book fair," Baldeo Bhai Sharma, Director of National Book Trust (NBT) told IANS at the event.

A special photography exhibition has also been organised by the Cultural Department of China and documentary films will be screened to commemorate the 400th death anniversary of Shakespeare.

Keeping in mind the issue of demonetisation, the organisers mentioned that almost all the stalls have installed card swiping machines. About six ATM machines and one mobile ATM van have also been stationed at the venue.

Ticket availability: Apart from venue, the book fair tickets will be available at 50 Metro stations.