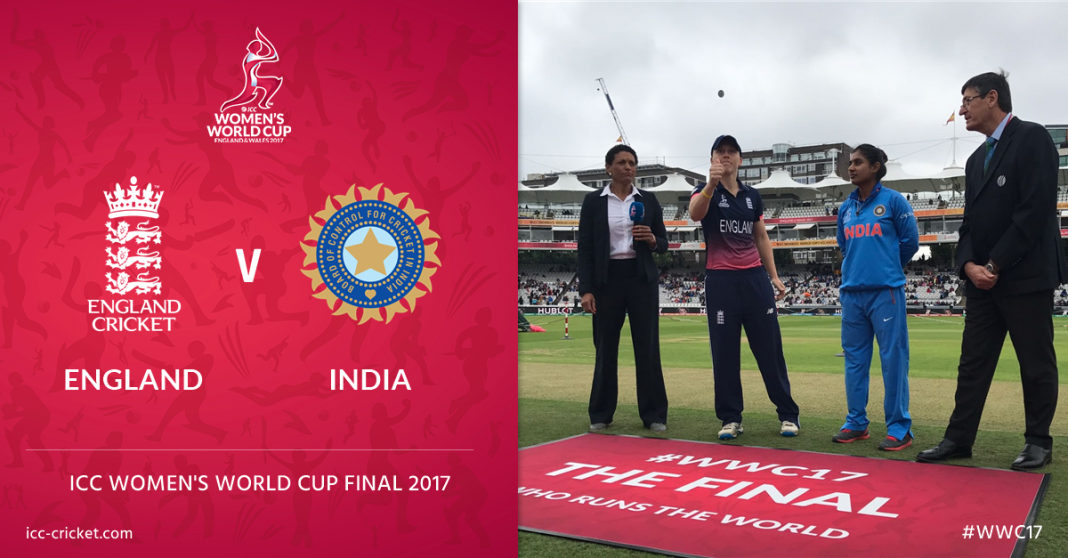 England captain Heather Knight won the toss and elected to bat first against India in the final of the ICC Women’s World Cup here on Sunday 23 July.

Both teams have decided to field unchanged line-ups for the summit clash.

This is the second time that the Indian eves have reached the final. They reached the World Cup final for the first time in 2005 when they lost to Australia by 98 runs.

“We would have batted but seamers are back in form so I am sure they will use these conditions. These girls are fearless, they are very confident and ready to step up for the big challenge,” India captain Mithali Raj.