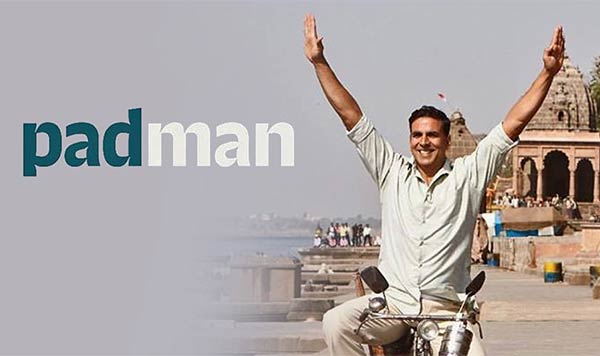 National Award-winning actor Akshay Kumar, who is addressing the issue of menstrual hygiene in his forthcoming film “Pad Man”, says women should get sanitary napkins for free as it is a basic necessity for them.

Asked if the “Toilet: Ek Prem Katha” actor wants to reach out to the government to cut down on GST rate of sanitary napkins, Akshay told media here on Thursday: “Why just cut down on GST? I think women should have free access to sanitary napkins. This is their basic necessity. It is about menstrual hygiene and not luxury.”

“It is unfortunate and I am ashamed to say that 82 per cent women in this country have no access to sanitary pads and they are mistreated during those five days of their menstruation period. This is unfortunate,” he added.

“Pad Man” is a biopic on Arunachalam Muruganantham, the inventor of a low-cost sanitary pad making machine in India. The subject of “Pad Man” is considered a taboo or a sensitive issue. So what are the elements that he has kept in mind while promoting the film?

“Firstly, do not call it a sensitive issue. It is a natural process of a human body. It is time to get rid of those taboos attached to it. It is time to treat the issue maturely. Also from the women’s end, they should not shy away from talking about the issue, and certainly should not whisper about it,” he said.

He feels that the way festivals like Holi and Diwali are celebrated, people should also “celebrate when a girl meets with her puberty”.

“When you celebrate it, the girl who is already going through a physical and hormonal transition, will feel confident and secure. But we excluded our women from the normalcy of life during those five days. So from the first experience, women feel that period is something they should hide. So you know where we should start from,” he added.

Produced by Akshay’s wife Twinkle Khanna and directed by R. Balki, “Pad Man” is slated to release on January 26.