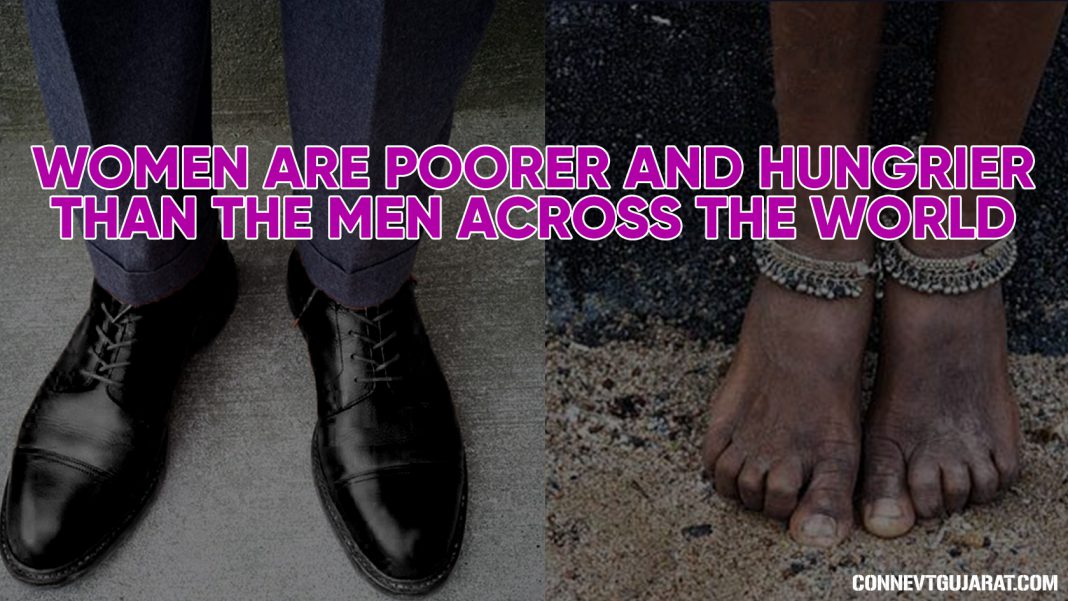 You must have seen your mother eating later once all of you have ended yours. Have you ever seen what does your mom eat? Often they take the rest of the food into one bowl and have just a hotchpotch of everything. This is a common picture of almost all middle-class households. Even there are families where the daily protein portions, the egg or the last piece of fish is also served to the male members of the family and the women don’t have anything except the leftovers. Is this a right way to eat? Is it the way to stay healthy?

Not! But, the lack of awareness and the socio-economic situation has led women to be the poorer and hungrier than men. This is not a mere saying, but the UN report has claimed it.

How Does the Report Enlighten the Issue?

According to the report, 122 women from age 25-34 live in extreme poverty in comparison to 100 men of the same age group. The percentage of poor women is almost 12.8 percent while it is 12.3% for men. The report has also emphasized the issue why women are in this condition.

Due to all these issues, the report has found that women are more vulnerable to food security than the men of the world. Though the problem is huge in Sub-Saharan Africa, it is felt worldwide.

Effect of This Situation

Untimely death, death from malnutrition, maternal death due to in nutrition, the killing of a female fetus, all are indicating only one thing- women are suffering more. According to a report of 2015, around 303,000 women have died from pregnancy-related issues,and two-thirds of them are in Sub-Saharan Africa.

The number will be increasing day by day. All the third world countries are suffering from these issues,and there is no guarantee that it won’t scratch at all the upgraded countries of the world. Start from your home. Take care of your mother, sister, wife, even the maid who works at your home relentlessly.