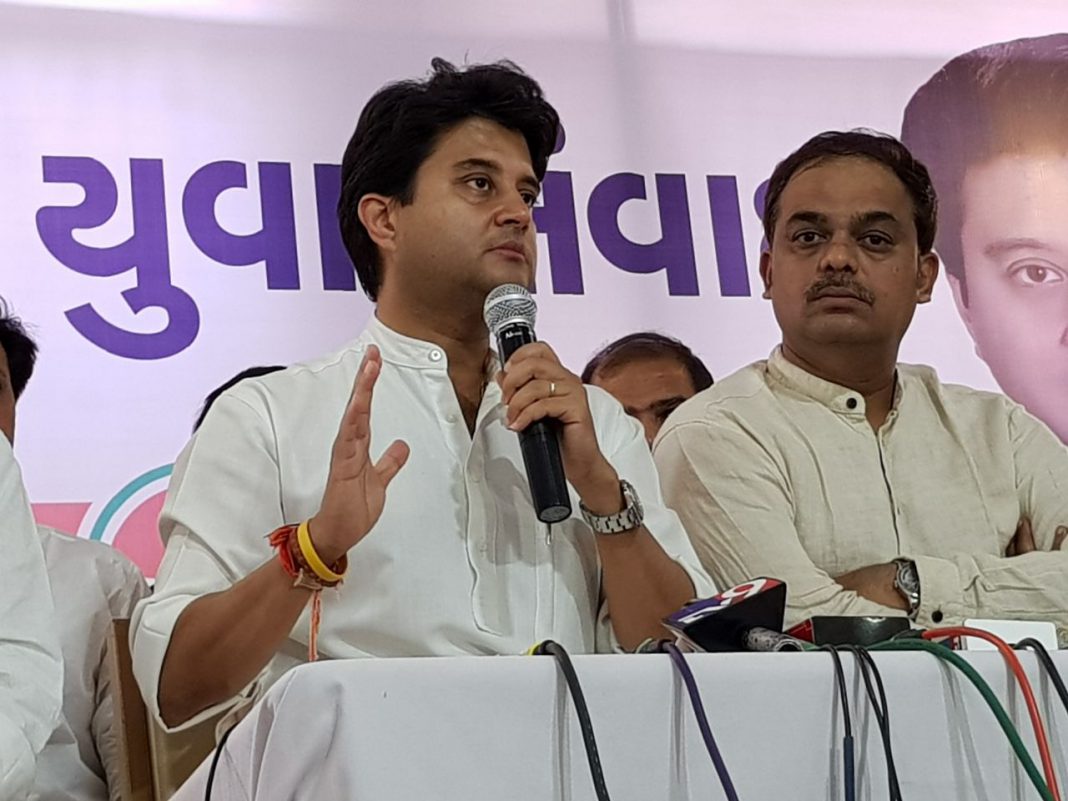 “We will start 24×7 helpline, fasttrack courts and 100% women constables all for the safety and security of women in Gujarat,” said Loksabha MP and former minister Jyotiraditya Scindia on his visit to Vadodara. He said while talking to the girls in the Yuva Samvad they told him about their  insecurity in Gujarat and the total rape cases in the last one year proved their point.

Speaking after interaction with the youths in Vadodara he specially raised the issue of women security in Gujarat. “Women feel insecure in Gujarat and it’s not his words but they told him during interaction. The alarming rate of rape cases proves the point and it shows the failure of the present government to create a secure environment for the women. Our party promise to make sure of their security and will start 24×7 helpline, fasttrack courts for quick judgements and 100% women constables for their security in Gujarat,” said Scindia. 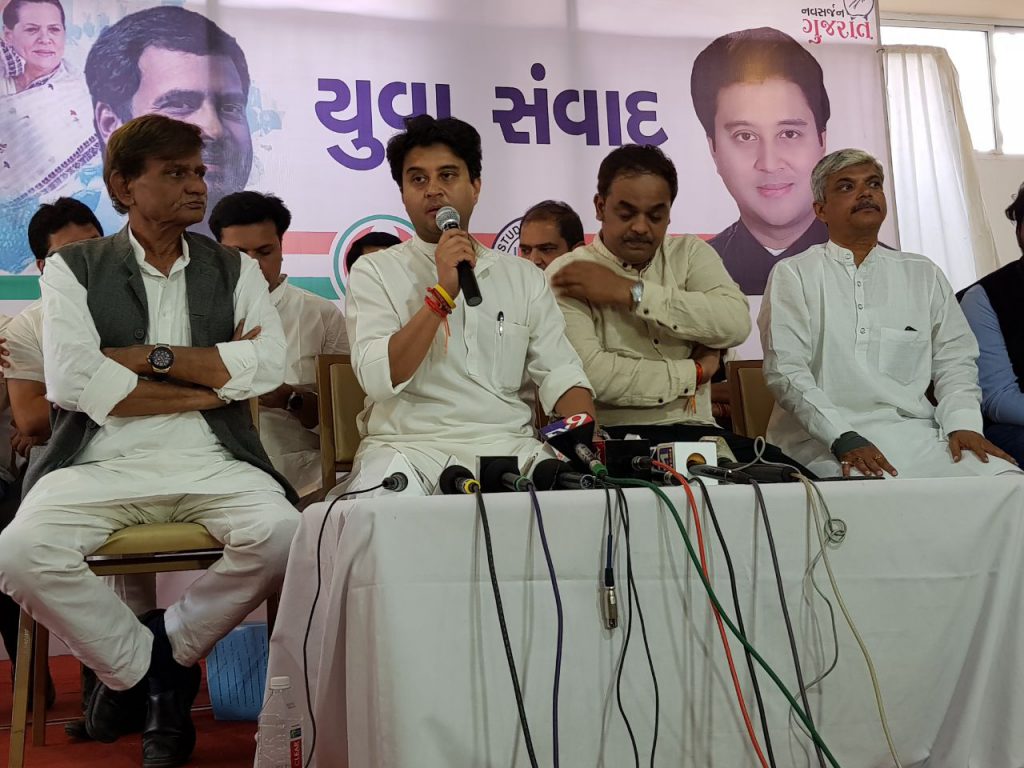 “In the last 22 years of BJP rule the loan amount on the state increased to 2,22,000 crores which is 22 times more. From farmers, small businessmen, labours, education, health sector, diamond trading, clothes business all suffers due to their decisions. The dalits suffers, patidar youths killed and now the people of Gujarat need change and they comes here to give them the change,” said Scindia.

He said the state is boosting of about their growth model but if that is true then why the people here is suffering then.

“Private schools take over the education system in Gujarat, nothing new comes in the health sub sector, diamond trading down by 40 percent, youths jobless all due to the decisions by the government. Only the few suit boot people rule the things over the suffering of others. BJP only changes the name of the schemes which we starts and no new schemes are launched by them. They also cut the budget of such schemes which shows how they feel about the people. Now it’s high time and they provide the change that people needs in Gujarat,” said Scindia.