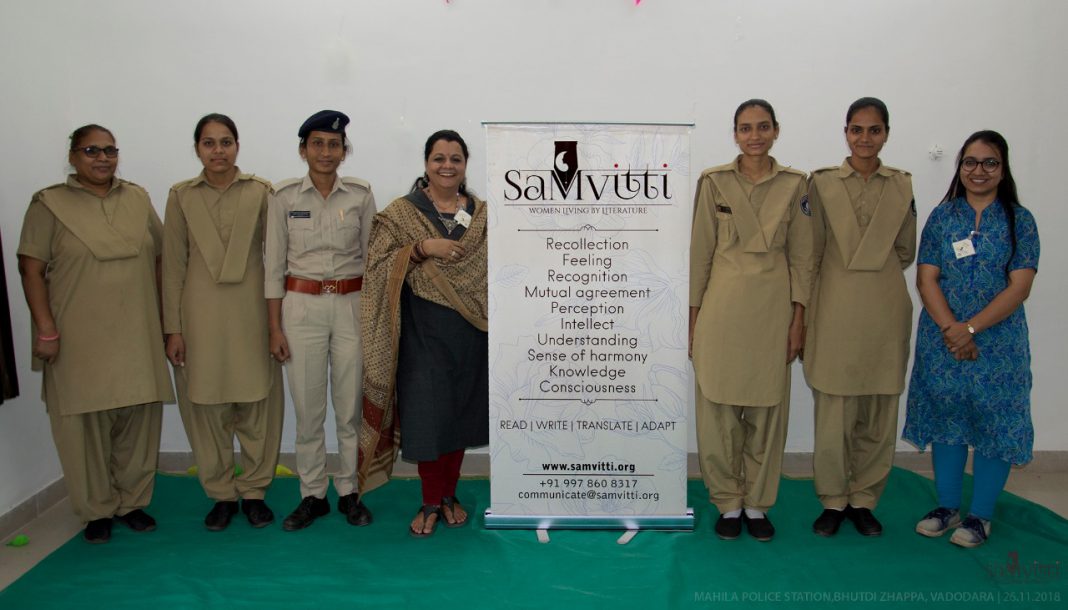 Under SaMvitti ‘Sharing Story’, initiative SahityaMitra Shreya Sanghvi Shah presented a story ‘Dhaad’ by Vinesh Antani to the women employees of Vadodara’s Mahila Police Station. The session started by the question, whether the participants had visited Kutch? It was also discussed, how their experience in the desert was?

The story begins with the description of the characters ‘Ghelo’ and ‘Pranjivan’. Ghelo is a looter who raids in the Kutch region. Ghelo had three wives, Dhanbai, whom he brought as a formally married wife, the second wife Ratni, whose beauty had dazzled him and so he married her and brought her as a wife, and the third, Monghi, whom he had brought along forcefully. 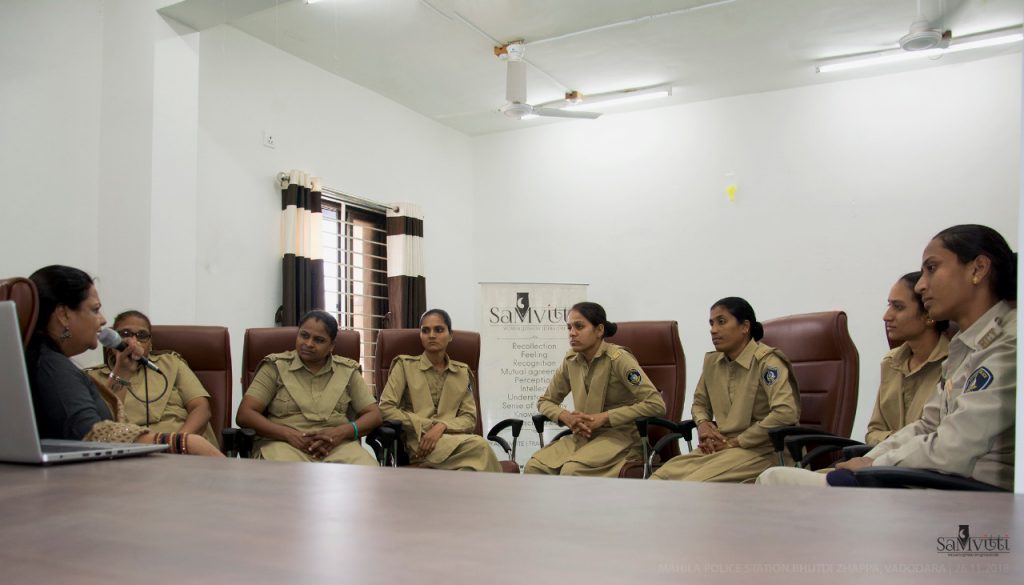 Pranjivan was a watchman at a factory. On losing his job he came to Ghelo for help. When Pranjivan came to meet Ghelo (for help), they decided to raid the house of Dajhi Sheth. During the raid, once they got-hold of the bag of money and ornaments, Ghelo suffers an attack of paralysis. For the first time in his life Ghelo became helpless against nature. His self-esteem was hurt and he committed suicide.

The first response from the participants after the session was that, “We visited Kutch again and that too in an earlier era.” All the participants could imagine the story and each character with enthusiasm.

At the end of the session the participants stated that they were unfavourable with Ghelo’s three marriages. They discussed about Ghelo’s personality and said that he lived with lot of pride. Even at the end of his life he didn’t bow-down in front of anyone.

The story was first written by Jayant Khatri and then by Vinesh Antani, so, they all discussed, what if a third part was written and what all changes would be there in it? They stated that in the third part Ghelo will have only one wife. If he would have three wives in the third part, then, Pranjivan can marry Monghi as she is young and Pranjivan is still unmarried.