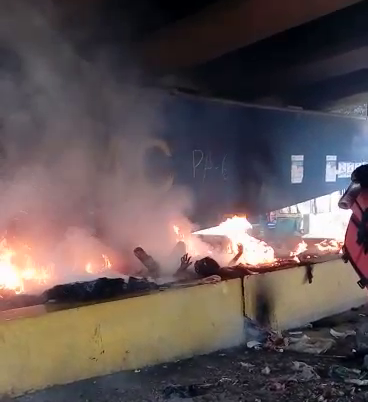 Reason of fire suspicious and under investigation

A woman went up in flames under suspicious state in Vadodara early morning on Tuesday. The locals rushed to the spot to help her and tried to douse the fire with continuous flow of water.  However she recieved  serious burn injuries and immediately shifted to the hospital where she died during treatment.

It was a shocking sight for the people passing through Gotri Harinagar bridge as they witnessed a woman went up in flames under suspicious condition. The locals rushed to the spot and douse the flames after continuous flow of water. However she received serious burn injuries and rushed to the hospital where she died during treatment.

Gotri police also reached the spot and register the case.  During primary investigation they found the woman aged around 30 years and tries to search her identity. The reason for the fire is also under investigation.