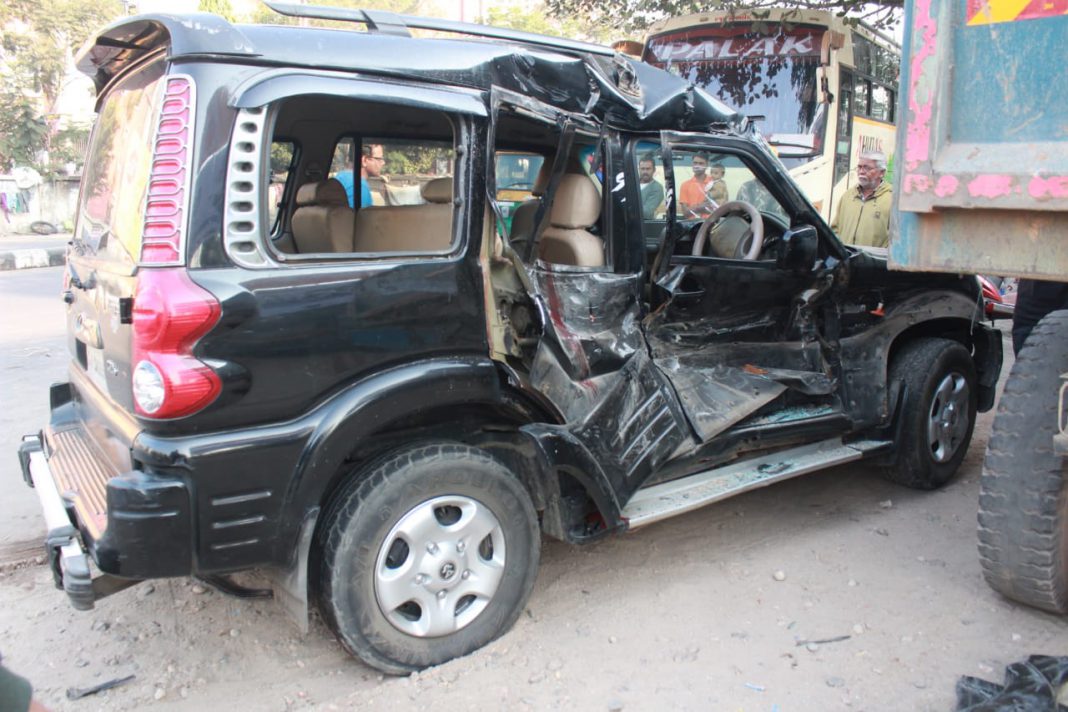 Four other passengers escaped with injuries

In a ill fated incident in Vadodara a woman died after a dumper knocked the Scorpio SUV she was travelling. However four other passengers including a child escaped with injuries and taken to private hospital for treatment. Raopura police arrested the driver of the dumper and further investigating in the matter.

As per details the family from Mumbai came to the city for attending a marriage function and board the the waiting vehicles at railway station. The Scorpio turned towards Aradhana road for visiting a society at Navapura and rest of the others head towards Manjalpur.

Meanwhile as soon as the car reached Aradhana talkies a dumper turning towards Khaswadi road knocked the Scorpio from driver side. The impact was such that the driver side of the vehicle was damaged resulting in the death of 30yr old woman. Four others passengers were injured and rescued with the help of cutter machines. They were later taken to the private hospital for treatment.

Raopura police arrested the driver of the dumper and further investigating in the matter.