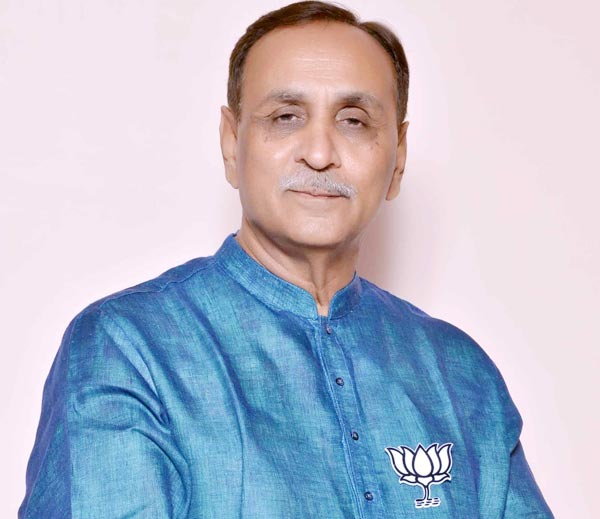 Gujarat CM Vijay Rupani on Thursday met Rashtriya Swayamsevak Sangh (RSS) Sarkaryavaha (General Secretary) Bhaiyyaji Joshi in Vadodara at city RSS office. The CM said the meeting was a courtesy one related to giving information about the flood relief work done by the BJP in Gujarat. Her also stated that they are not satisfying with the order in the Rajya Sabha elections and will take the matter to the Supreme court.

The whole city of Vadodara is buzzing since morning about the visit of Gujarat CM Vijay Rupani which finally happened when Rupani arrived at the city RSS office to meet Bhayyaji Joshi. After meeting the CM said that it was a courtesy meeting where he briefed him about the flood relief operation taken up by the Gujarat government.

“Bhayyaji Joshi is on the visit to the flood affected areas and I came for a courtesy visit to him here and briefed him about the situation and relief operation conducted by the state government,” said Rupani.

Moreover on the recent controversy over the Gujarat Rajya Sabha elections he said they disagree with the order and will take the matter to the Supreme Court.

“The Gujarat government totally disagree with the order of Election Commission in the Rajya Sabha elections and they will take the matter to the Supreme Court. The votes of Congress MLA Raghavji Patel and Bholabhai Chauhan not considered invalid and for that the Gujarat government take the matter to the highest level. He also added that they are hopeful that the decision will be in their favour,” said Rupani.