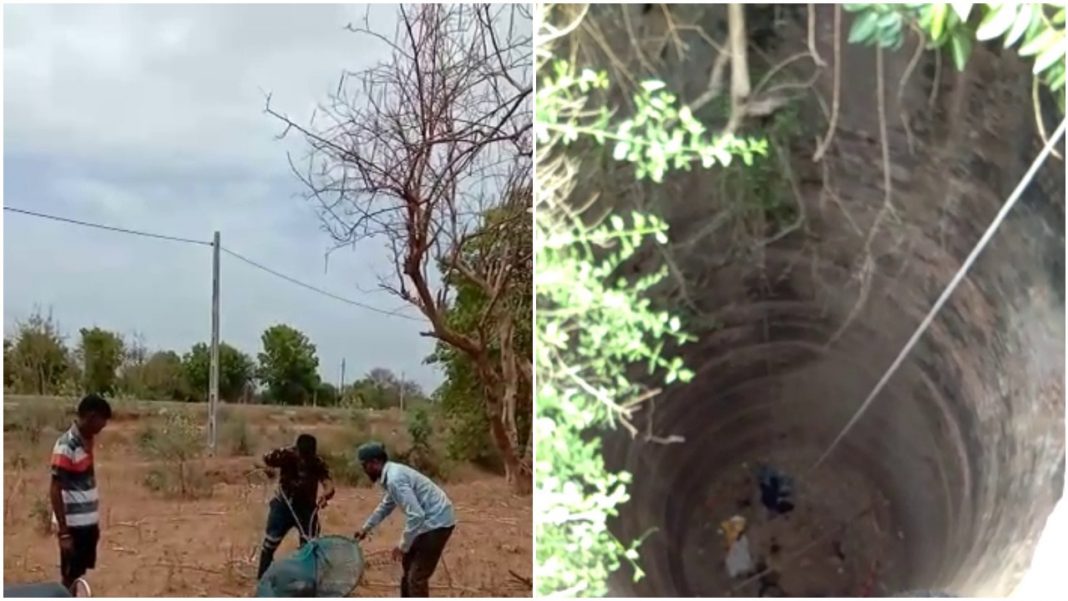 Wildlife Rescue Trust volunteers rescued a monkey from a dry well after receiving the call from people. The monkey fell inside the well about four days ago and crying for help.  The team reached there and rescue the monkey in nearly four hours operation.

As per details given by rescue trust president Arvind Pawar their team recieved a call about the monkey fell inside the well at Sokhda village after a fight with two other some four days ago.  The team reached the spot and found the walls to be in dilapidated state and risky to use it to get down.

Later they decide for technical rescue and took the help of professional mountaineers Chirag Rathod,  Mehul Patel and Milap Soni who used technical equipments to rescue the monkey from the deep well. The volunteers later released the money in the natural environment and also sensitised people not to trouble the birds and animals in their natural habitat.