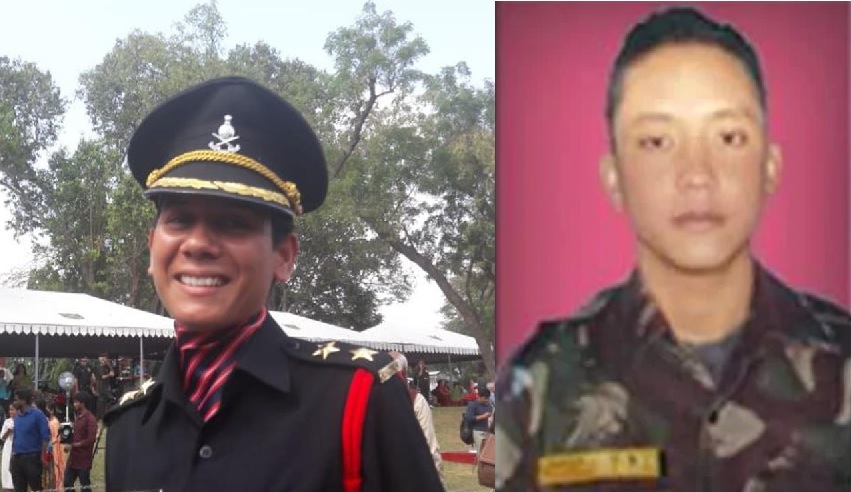 It's not easy for Martyr's family to imagine the life after the death of some one from their family while serving the nation. When a soldier is martyred in the battlefield, his family is left behind to struggle with grief so profound, it becomes harder to get on with life. But you would be surprised by how much spirit such families have.

Lt. Sangeeta Mall, wife of Rifleman Shishir Mall of Gorkha Rifles who lost his life in action in Jammu and Kashmir while battling terrorists, is commissioned into the Indian Army after passing out from the Officers Training Academy in Chennai.

Lt. Sangeeta Mall married to Shishir Mall in the year 2013. In September 2015, Shishir was martyred while fighting with the terrorists. Sangeeta quit her teaching job right after her husband’s demise and started living with her mother-in-law in her difficult time.

After attending an investiture ceremony in 2016 where her husband was awarded a Sena Medal, she was motivated to join the Indian Army.

Martyred Shishir was awarded with the Army Medal. This is where Sangeeta got an inspiration to join army. Sangeeta had worked hard to pass the OTA examination. After strict training, Sangeeta became a part of the army as an lieutenant in the short service commission.

Not only Sangeeta lost her husband but she also lost her unborn child in a miscarriage. A few months before Shishir passed away, her father-in-law, an ex-serviceman also died.