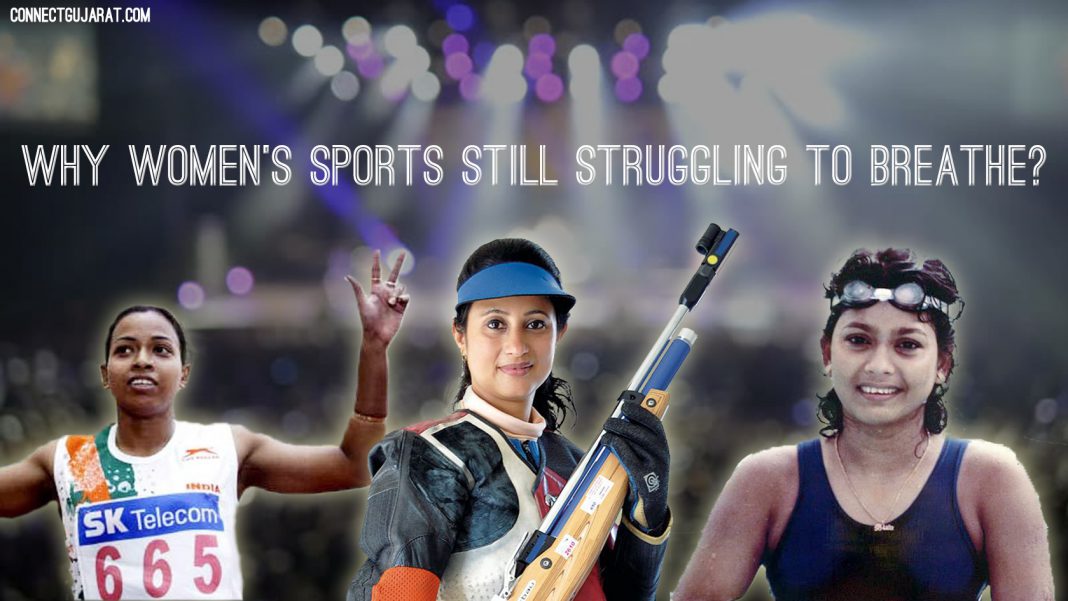 Women, the weaker vessel of our society, at least which is how the Indian society perceives women to be. This fact which is undaunted by the repeated objections and achievements by various women of our country is still somewhat left unattended. But that is how it is, looking down at women is just a norm here. It has been like this for ages. So when women ventured into sports, it was nothing short of a big controversy with disapproval from every corner of life.

Women and sports, when these two words appear on the same platform, it makes every ill mined people grasp for some fresh air. That is how women are looked down as, beings that are not meant for physical activities. From higher authorities to the lower levels of society, everyone seems to be against women and their involvement in sports. But in recent years the presences of notable women in India who have broken the basic barriers have made a huge impact on today’s society.

Listed below are few of the bigger lot of amazing sportswoman. These women are the main lead to break the norms and barriers stated by our history. Today, these women make history.

An Indian professional shooter, conferred with the Rajiv Gandhi KhelRatna award and the Anjuna award. She secured first place for 10m Air Rifle in the year 2002 by becoming World Number One shooter.

An Indian politician and sportswoman, she secured first place in 800m and 1500m at the Asian Games in 1998. She was awarded the Rajiv Gandhi KhelRatna award in 1998-1999 and was bestowed with the Padma Shri in 2003.

She is now the former Indian National Women’s Swimming Champion and was also elected as the MLA from 2006 to 2011 in the state of West Bengal. She was awarded the Padma Shri and the Anjuna award.

The women mentioned here came from small cities where the mind is orthodox,and people do not dare think out of the box. These women made an impact nationwide and worldwide.

Women who have been kept under the rock on purpose making a splash on the big picture are cruelly disapproved and backlashed. Most of the time women do not receive proper sponsorship even to be able to pursue their dreams. They are mentally fed to be failures,but greatness cannot be hidden for long. In spite of repeated efforts to bring the women down, they have overcome difficulties. With so many achievements by women being brushed on the face of societal norms, women’s sports still are struggling to breathe. But think of it, for how long? There will come a time when women will be given their due respect and appraisal.