Connect Gujarat
#Beyond Just News
More
Home Gujarat Why did the water supply for irrigation from Sardar Sarovar in Gujarat... 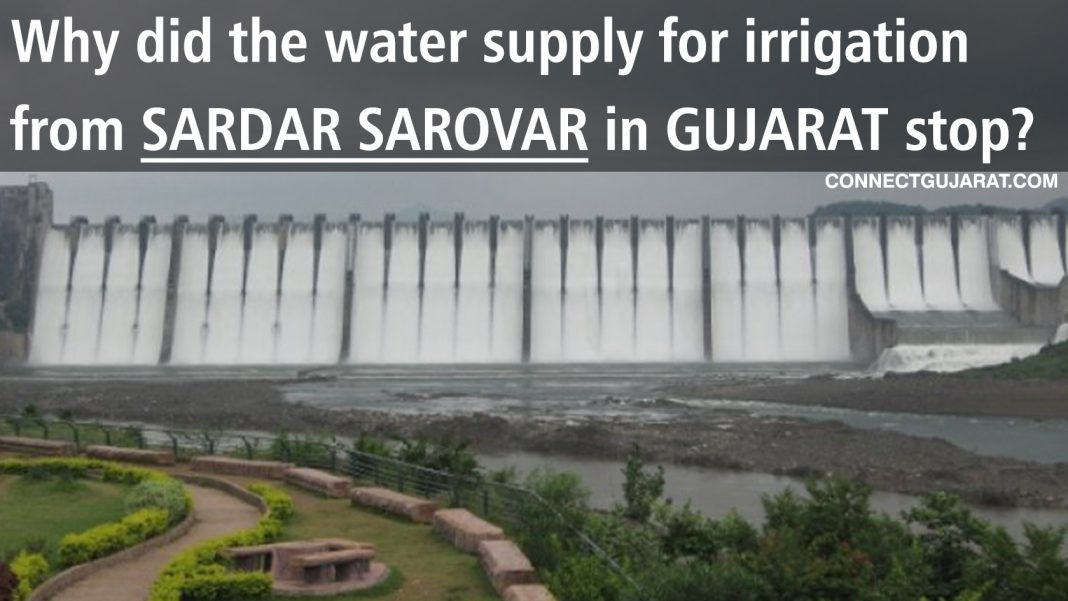 The water supply for irrigation from the Sardar Sarovar Dam in Gujarat has been stopped. The farmers are not happy with this decision of the government. Already, the dead water in the dam has been used up by the Government. The dead water is nothing but the water that has been stored in the pipe that carries water from the water storage area to the top of the dam where the turbine is located. There is a considerable amount of water stored in that pipe too which has been used up already.

The reason why supply has been stopped

The water supply has been stopped due to the less water in the dam. The dam is supposed to provide water to three states namely, Madhya Pradesh, Maharashtra,and Gujarat. Due to the shortage of rainfall in Madhya Pradesh, the dam authorities decided to release more water to Madhya Pradesh than usual. This has resulted in the shortage of water. Apart from that, rainfall was also not sufficient in Gujarat. Now that Gujarat has to manage the water supply to the entire state until July, it has decided to stop the supply of water to the farmers. It is expected that the monsoon is all set to hit with great force after July which would solve the problems of water shortage.

How did the farmers react?

What can one infer from this?

The changing patterns of monsoons, the reduction in the number and size of farming lands that lead to a reduction in the production of grains are all correlated. When the demand is more than the supply,and the farmers are not able to produce for the estimated demand owing to the natural factors is a pain to the government as well as its citizens.