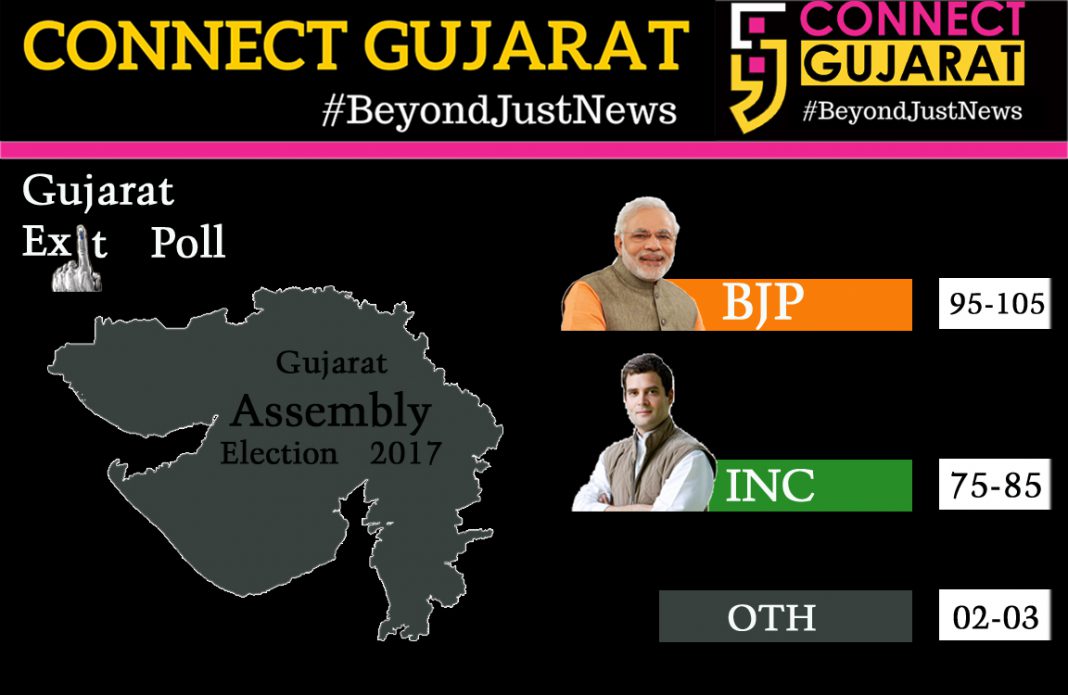 Gujarat voted in two phases first on 89 and final on 93 a total of 182 assembly seats. Everyone has their own predictions about the result and all eyes are on the party finally win the all important battle.

As per Connect Gujarat exit poll BJP will get somewhere in 95 to 105 followed by Congress win on 75 to 85 seats. Others can get 2 or three seats in the elections.

The statistics is the result of extensive survey by Connect Gujarat during the elections. It is purely based on the interaction in person or telephonic conversations with senior journalists from each assembly seats, supporters of political parties, leaders, businessmen, labourers and people from every walk of life.

The exit polls of media and agencies also suggest the BJP in lead and that shows the party will form government in Gujarat. 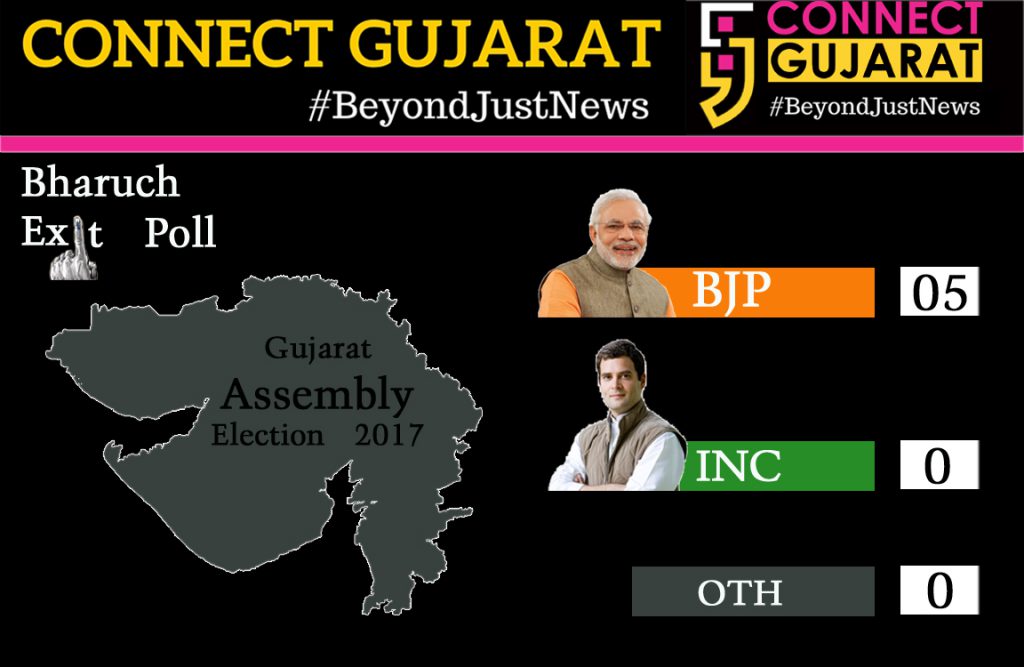 Talking about five seats of Bharuch there is strong sign of BJP win in all of them. The talks are there about independent candidate in Jambusar a master stroke help BJP win.