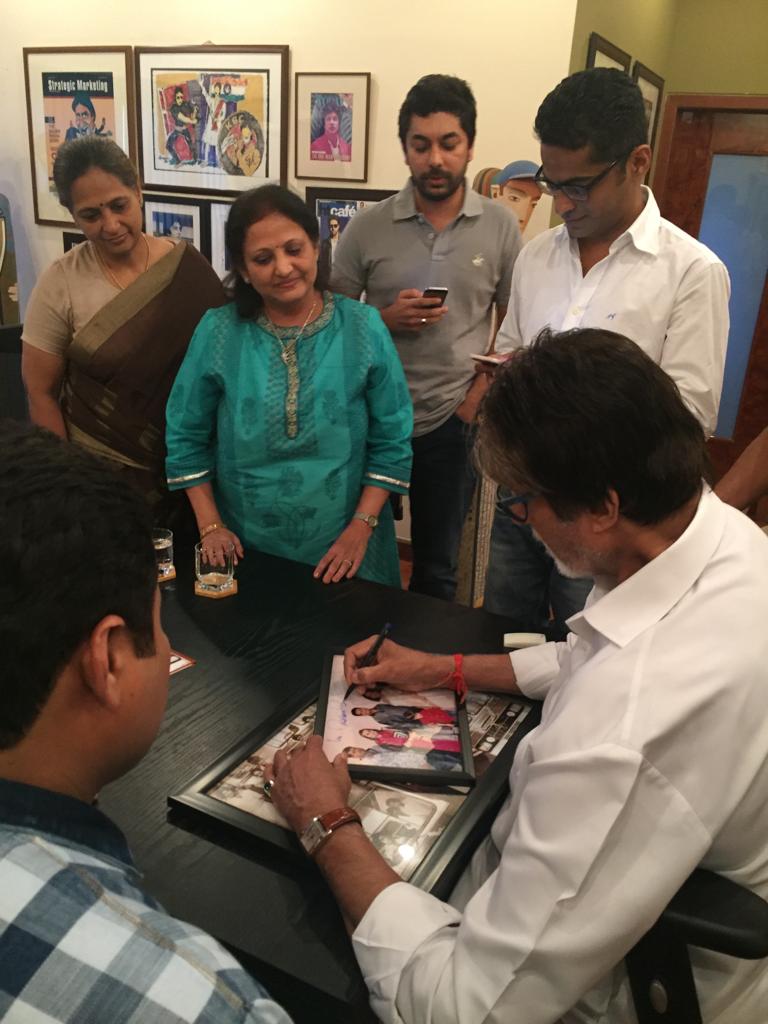 20th November 2018 the date will run down in the history books as the cultural city of Vadodara is all set to welcome the Mahanayak of the film industry Amitabh Bachchan after three decades. He will be in the city to receive the Sayaji Ratna award for his immense contribution to the film industry.

As all set to welcome the megastar the celebrated filmmaker Dhiru Mistry shared  some incidents down the memory lane to remember him before his arrival to the city.

The first incident was way back in 70’s where the actor became responsible citizen and called emergency services after saw a bus went on fire. ‘It was the year 1978 and  time late night 1:30. On 10th road of Juhu scheme, a bus is on fire. A man sees this and calls up fire brigade.  Again, after half an hour, he comes in casual attire to see whether the fire brigade had arrived. Meanwhile, owner of the bus from “Dagli Villa” comes out, and learns that an actor had called up the fire brigade. Some miscreants had set his bus on fire. After some time, when a new bus had been purchased, the owner invited the good Samaritan actor to inaugurate and drive it. The actor obliged. Owner of the bus was my sister Sharda’s ‘devar’, Himmat Makwana. Do you know who the actor was, or is?  He is none other than the Mahanayak of the film industry, Amitabh Bachchan. Great man,” Dhiru Mistry.

He also remembers a awkward but important moment in life after met the superstar. “Sometimes one bumps into a celebrity at an awkward moment. My documentaries were being edited at the famous Bombay Film Laboratories. I felt the need to relieve myself, and went to the washroom. While I was answering the call of nature, I happened to glance sideways. And what do I see! Right there was the “Mahanayak” of the film industry. It was indeed Amitabh Bachchan, who had come to see the trial of his film. Now that was a very unusual place to chance upon a superstar, hero to millions of people. This happened before 38 years. Incidentally my son has made documentary on this legendary star on the occassion of his receving “Sayaji Ratna” award,” remembers Mistry.

Youth found murdered in Sevasi area on the outskirts of Vadodara...

Vadodara She Team now help in plasma donation for the needy...

Vadodara She team humanitarian approach in the midst of corona pandemic