Connect Gujarat
#Beyond Just News
More
Home Business What the PF account has to offer after the announcement of Budget... 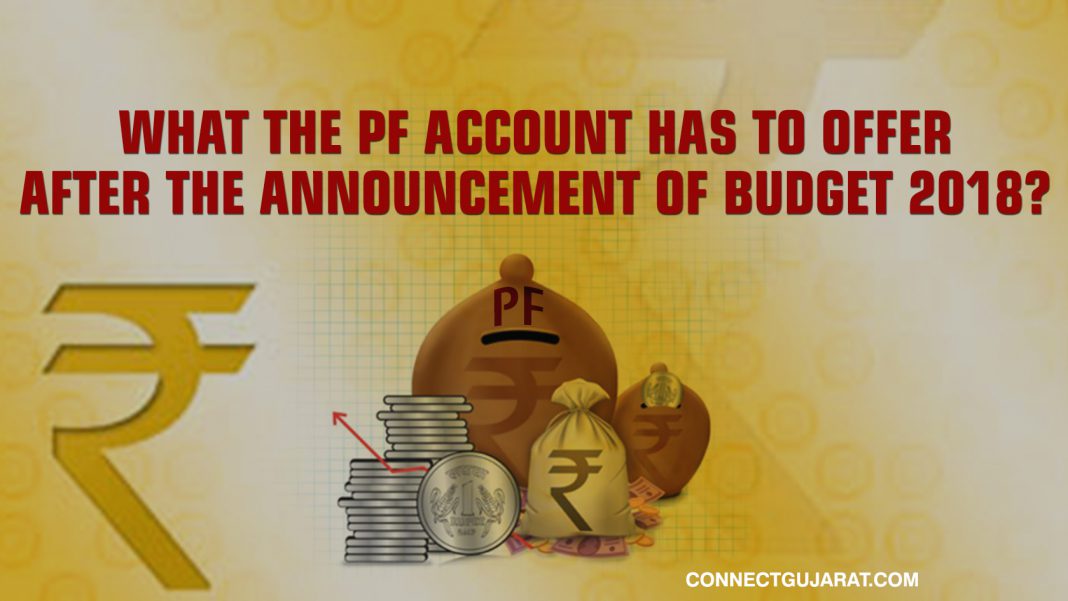 The Employee Provident Fund is one of the oldest schemes of investments that have been followed by the government of India since ages. A part of the basic salary, 12% of the salary is allotted for the Provident fund from every employee. The idea of bringing in the informal workforce under the pension and insurance schemes would increase the quality of work that is being extracted and also a social security is provided to the worker as he is registered duly under the company. The company is liable to pay taxes that in turn would definitely increase the pay of the employee in order to comply for the formal sector payroll rules.

There is also a survey that suggests that there is a significant drop in the number of women workforce in the past few years. There is a suggestion from the Government of India to the companies in order to reduce the amount of PF that is deducted from the basic for the women employees that would increase the take-home of the women workforce. This would serve as a motivation for the families that rely on the salary of the women to play a significant role in the upbringing of a family. Instead of the 12% that goes into the Employee Provident Fund Scheme, for women the value is reduced down to 8%.

One can check the amount that is available as balance by downloading the UMANG app. The
UMANG app not only lets one check their PF balance but also to access several other government offerings.

The UAN (Universal Account Number) that is linked to the PF account of the employee should be known. When the UAN number is linked with the Aadhar Card for the Know Your Customer(KYC) norms. The same number can be provided to the next organization that a person moves into that his PF amount always stays intact. There are certain benefits that one can avail out of EPF, therefore a knowledge about this is mandatory.

Sensex plunges by 585 points, IT and pharma stocks suffer