Connect Gujarat
#Beyond Just News
More
Home India What should you know about the trade war spat between India and... 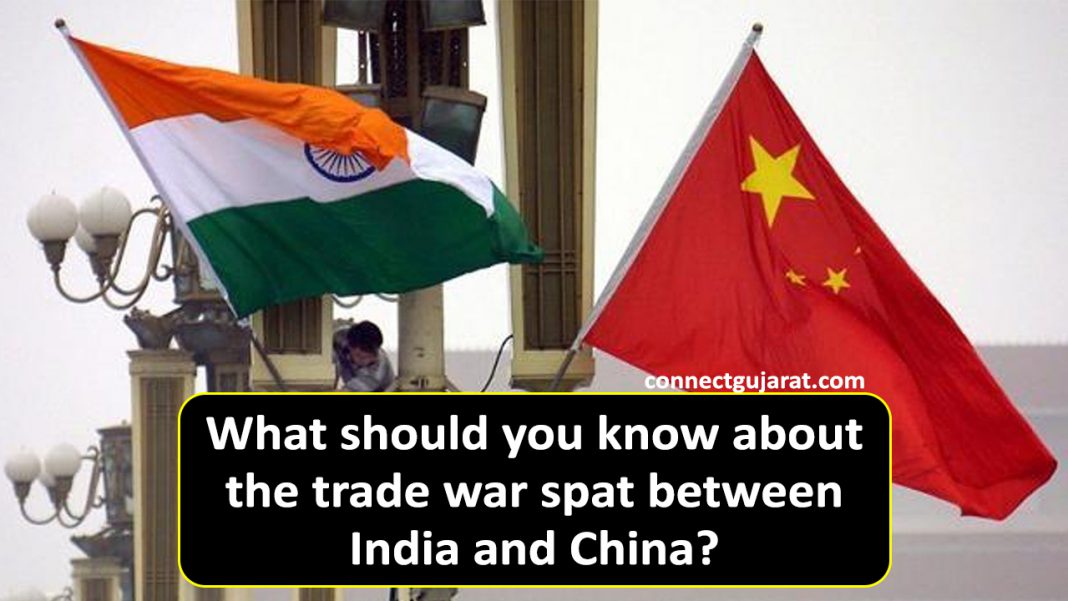 India and China are severely competing against each other in the competition of the world’s biggest economies. China has established itself as the manufacturing hub of the world. The Indian government is trying its best to compete with the Chinese government by drafting a lot of strategies that would increase the manufacturing capacity of India manifold. In spite of all the competitiveness, both the nations try to maximize their efforts in maintaining cordial relations.

What are some of the indifferences existing between India and China?

These are some of the cultural and socio-economic problems that are existing between the two nations that are playing havoc in the trade relations of the two countries.

The One Belt One Road Initiative otherwise known as Silk Route is one of the ancient trade routes which China is trying to rejuvenate. India doesn’t wish to be a part of this initiative owing to the fact that this trade route cuts across a lot of countries with whom India doesn’t maintain any good relations.

China is always trying to make business deals with those countries which are trading with India. This gives a huge blow to the Indian base in the respective countries. This is why Indian and Chinese companies face heavy competition in the world forum.

It was India who recommended China as one of the members of the Security Council. This is now posing as one of the main reasons why India is never being able to become a permanent member in spite of the support from other countries. It is a well-known fact that the power to trade is directly proportional to the National power.

Trade Atmosphere between India and China

The Indian government exports and imports equally from China thought at times there are allegations about the dumping of goods.

But, without the help of India’s huge market, it is hard for China to sustain its economy. This is one of the reasons why China never wishes to go against India in many areas.

The Indian government is taking a lot of steps to ensure India is on par with the global economies. If the Chinese follow a different growth development model, India has its own.

These are some of the facts you need to know about the trade war spat between India and China.