Connect Gujarat
#Beyond Just News
More
Home India What makes India a promising country in the next ten years? 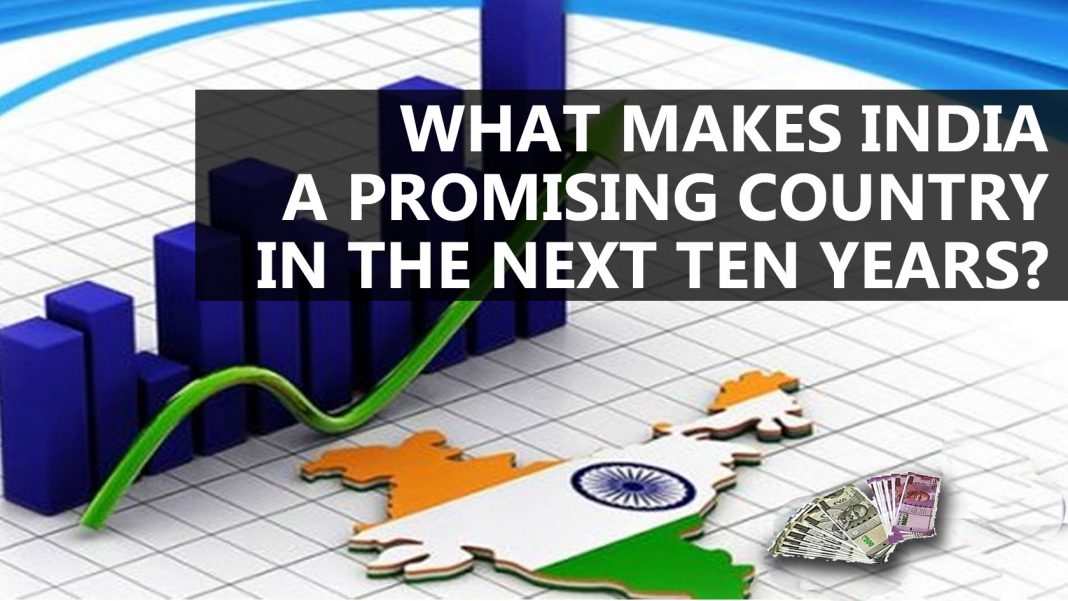 India is a country with a healthy growing population. The rate of thepopulation below the age of 35 is more than 65%,and undoubtedly India is one of the youngest nations in the world.

With such a start, is the country promising in the next ten years? Let’s break it down and discuss!

The economy in India is growing like never before. Although there has been a downfall post demonetization and implementation of GST, the economy is gradually picking up its pace as it enters into 2018. With IMF projecting India’s growth at 7.4%, it still settles above China’s forecast of 6.8%. The recent pre-election budget seems quite promising for the MSMEs,and the Multinational Corporations are proposed to get a cut on tax.

India is constantly boosting its foreign investments since FDI is the major source of monetary developments in India. With the cabinet’s approval of 100% FDI in single-brand retail through the automatic route, it has boosted the investments as well as cut down the cost related to procedures and approval of the same. Investments are allowed in almost all the sectors. Also, better credit ratings from top credit rating agencies, build confidence among investors to invest more.

A HUGE AND EMERGING MARKET

With such a diverse country like India, the market size is so huge that even regional disparity is seen as a prospective business scope by corporates. Companies like Xiaomi, Amazon, Uber,etc. have evidently seen their success in India and are willing to infuse more investments for diversification in India. When demand is more, it automatically leads to a higher growth rate.

More and more government initiatives (like Make in India, Digital India,etc.,) are being rolled out regularly. Entrepreneurs are given concessions and advances to carry out new businesses which boost indigenous growth. Being a very diplomatic country, India has very good relations with fellow nations which bring in inclusive growth and in turn individual growth.

There are many upcoming models of development in the rural areas that fosterdeurbanization which serves the dual purpose of upliftment of those who reside in towns and villages and reduces the levels of pollution; the deadliest evil that hampers growth.

All these factors mentioned above will lead to the reduction in the following problems that the Indian Society is facing since times immemorial.

Thus, one can visualize India becoming a better and a brighter nation in the next decade.

Apollo to give 1 million Covid vaccines a day

Apollo to give 1 million Covid vaccines a day