Home > India > What benefits USA-India bilateral talks has to offer to India?
India

What benefits USA-India bilateral talks has to offer to India? 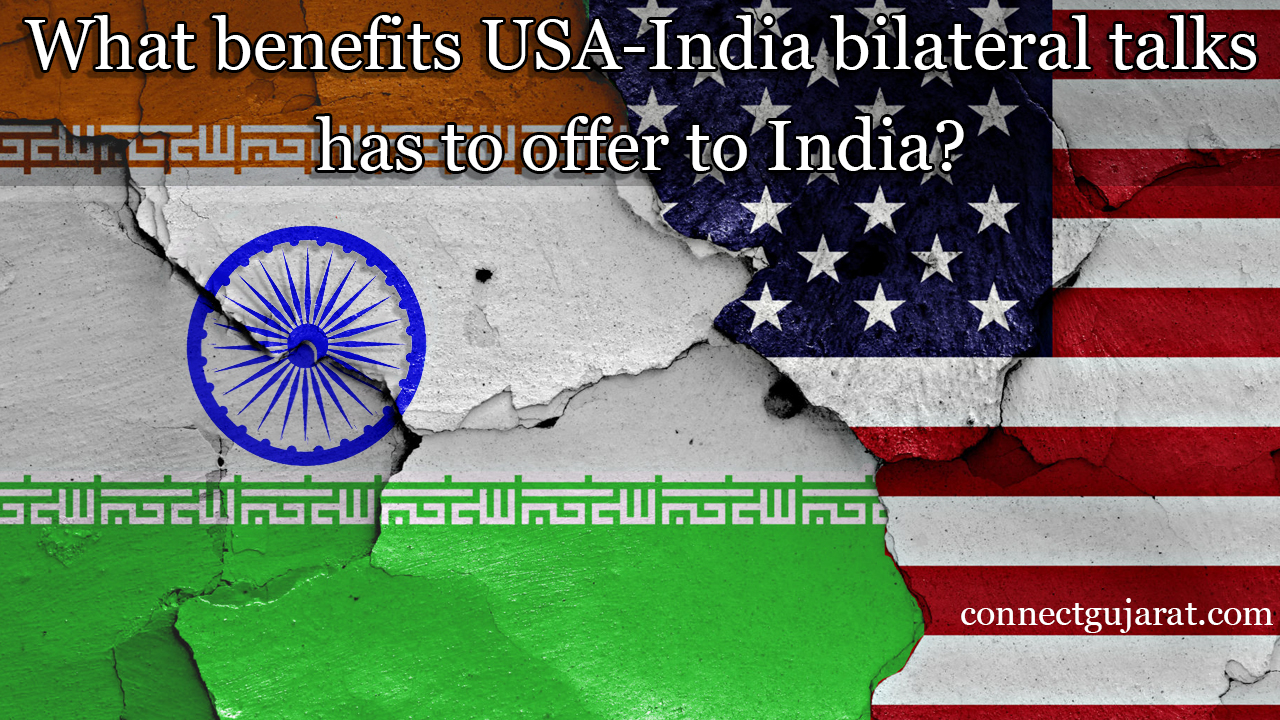 The India USA bilateral talk which was scheduled to happen in the month of March 2018 has been postponed twice. Defense Ministry and External Affairs Ministry would handle the event in the presence of a lot of other dignitaries.

Donald Trump and Prime Minister Modi held a lot of talks during the January 2017 meeting. President of the USA was keen on his America first agenda and Modi was stressing up on the Make in India Initiative. Since both the leaders share the same ideologies, it has become very much easier to come at a lot of agreements during the meet.

When the bilateral ties are strengthened, the Indian expats and the exports of Indian Government can fare well.

The reason why the 2+2 talk which would focus more on the mutual benefits India and US would share by their strategic partnerships is being hampered due to the ongoing Iran-US clash.

The Indian government cannot actually make a clearer stance with the USA as the Chabhaharseaport is one of the benefits Iran has offered to India.

But, at the same time, India could not miss the opportunity of creating better ties with the USA in the midst of the confusion and troubled state prevailing between the countries of the USA, China,and EU.

There are a lot of benefits which the 2+2 talks which are scheduled to happen in the month of September 2018 would provide to India.

These would ease the situations existing between Iran and USA. India is known to be a good peacemaker. This meeting is expected to bring about a lot of changes in the international arena.

The Government of India is taking this 2+2 talks very seriously and it is tirelessly working towards the agreements talks in spite of all the other issues prevailing around it.

These talks are said to be the sequel to the January 2017 talks.

Taking all these into consideration, one can say for sure the India US bilateral talks would bring a lot of benefits to the government of India.