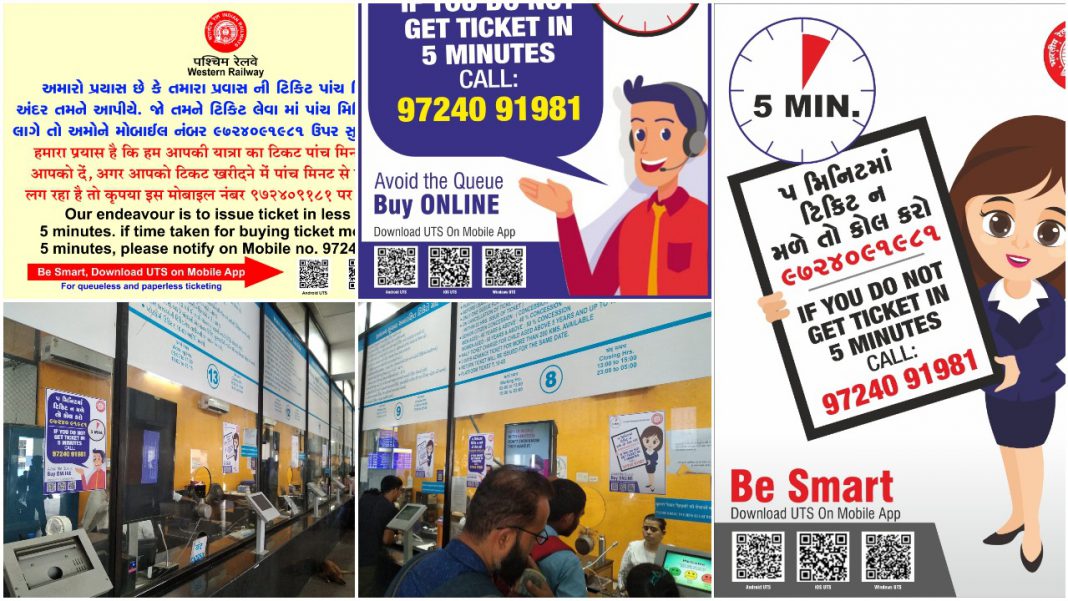 Tickets will be made available to passengers in five minutes

Western Railway has launched the campaign “Operation Five Minutes” for the convenience of travellers purchasing ticket from unreserved ticket counters. Under this campaign, attempts have been made to reduce the time taken for purchasing tickets from the ticket counter and provide tickets to the passengers in five minutes.

According to the press release issued by WR CPRO Ravinder Bhakar, they are taking all possible efforts to provide tickets to the passengers in five minutes and appropriate awareness campaigns are being conducted across all the six divisions of Western Railway. Posters about the same were installed at prominent areas near the booking office ticket counters informing the passengers about the efforts to issue tickets in five minutes.

They have also requested the passengers to give their feedback and suggestions by dialling the phone number given on the posters. To ease the ticketing procedure Western Railway also encourage the passengers to go digital and to use the UTS App as well as the use of smart cards for purchasing tickets through ATVM machines.