A Nostalgic Trip Down the Memory Ashesh Agrawal – Principal Chief Mechanical Engineer & Shri Sunil Kumar – Divisional Railway Manager of Mumbai Central Division is seen inaugurating the Heritage Exhibition at Bandra on 12th February, 2019 and are appreciating  the running train models displayed at the exhibition. To commemorate and celebrate the glorious and […] 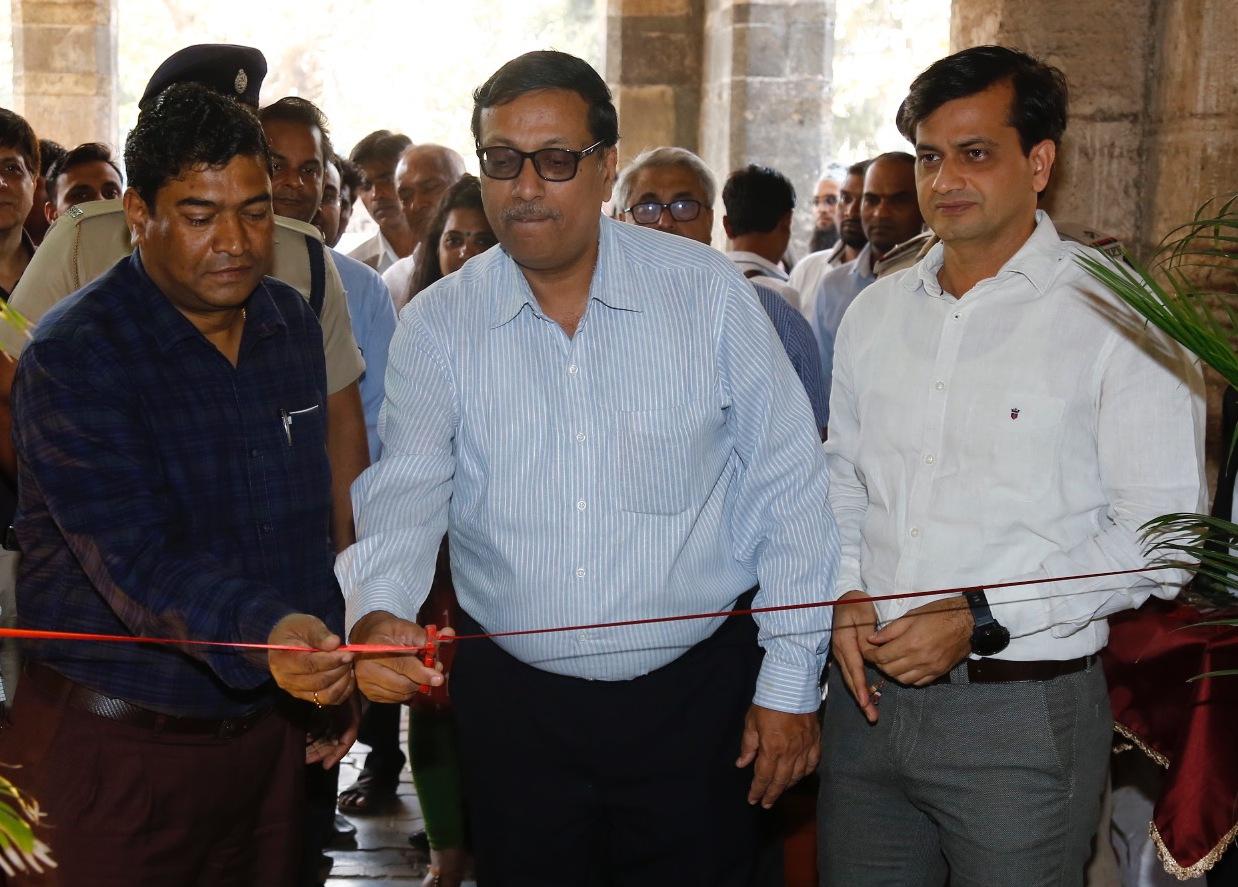 A Nostalgic Trip Down the Memory

To commemorate and celebrate the glorious and rich history of Western Railways, a magnanimous exhibition reminiscing the heritage has been organized at Bandra Station which itself has earned the distinction of a ‘Grade – I World Heritage tag. This exhibition is in connection to a string of events, keeping in line with the month long heritage events to refresh the good old memories and celebrate Western Railway’s glorious past.

The exhibition was inaugurated by Ashesh Agrawal – Principal Chief Mechanical Engineer and Sunil Kumar – Divisional Railway Manager of Mumbai Central Division on 12th February, 2019 and will be held till 14th February, 2019. Agrawal also flagged off the Heritage Walk of Bandra station.

According to a press release issued by Ravinder Bhakar – Chief Public Relations Officer of Western Railway, the exhibition has put forth the rich and historical past of Western Railway through rare artefacts, informative panels, running train models, photographs, etc. Bhakar said the venue of the exhibition holds a special value as it is accorded as a Grade I Heritage Structure and is aptly called as the Queen of Suburbs.

The station building at Bandra is a blend of Victorian Gothic and Vernacular/ Domestic style with its bilaterally symmetrical front façade and is an architectural delight. The panels at the exhibition traces the genesis of the Western Railway with the very first panel depicting the Emblems of all the State Railways which were merged to form the Bombay Baroda and Central India Rly, which was the forerunner of the present day Western Railway. Panels depicting the heritage architectural structure of various railway buildings, olden days station buildings, steam run locomotives of yesteryears, heritage Bridges, a sneak peak into rare photographs of the past has made this exhibition interesting and worth visiting.

A miniature model of Bandra station and the heritage Headquarter office of Western Railway at Churchgate also gracefully adorns the exhibition. In order to garner more interest among the public, especially the children and youth, the running train models of the old locomotives as well the paper models have been set up, which has indeed become a crowd puller.

A first of its kind in an exhibition has been the display of rare artefacts which has become extinct with the technological advancements in the Railways. The viewers were amazed to see the artefacts of heritage importance such as Agent’s Notes, BB & CI Railway Magazine and BB & CI Railway suburban Time – Table of the year 1948 which consisted of separate sections for the timings of suburban trains running between Churchgate – Virar, Bandra & Victoria Terminus and those trains running on Sundays & holidays.

A wall fixed type Magneto Telephone used for providing point to point communication and which made use of dynamo mechanism was also put up as exhibits. A Padlock of 6 levers used for locking the main gates of Welding Shop at Dahod Workshop, Tilley Flood light Projector which is kerosene based lamp used to provide illumination during steam crane operations undertaken during night time which have been replaced by halogen lamps were procured from various Workshops and has found a place in our exhibition.

The Hooter machines used as sirens in Workshops, BB & CI Wooden Portable stair from Lower Parel Workshop, Signal Lamp, Steam Loco Speedometer of steam locomotive and Shunting Bell used for shunting trains were retrieved from Dahod Workshop are also a major hit. Self Printing Ticket Machines which is an old form of printing tickets which is no more in use now a days due to computerized ticketinghas also been displayed to evoke a sense of nostalgia.

Another major attraction of this exhibition is the selfie point, which is the Heritage Bandra station backdrop. Not to miss in this excitement is the entry panel which depicts the photograph of the statue at the gabble of Headquarter office, which is popularly known as Lady Engineering among the heritage enthusiasts.

The exhibition is open for general public for three days from 12 – 14th February, 2019. Bhakar also stated that many guided tours of workshops have been organised across the entire Western Railway to enable the public to partake in the legendary past of Western Railway.