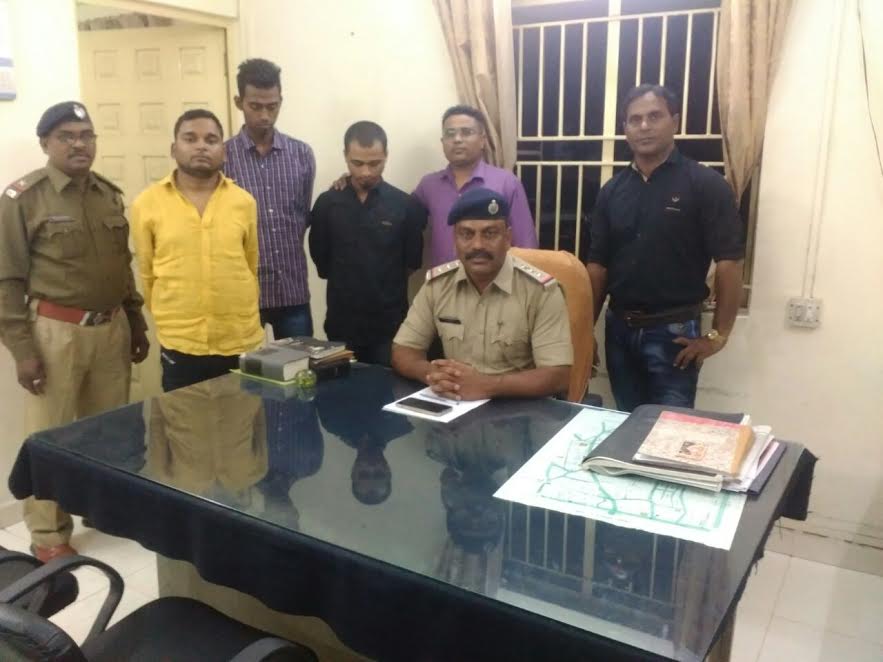 Vadodara Navapura police arrested three youth in their early twenties for mobile theft and use the money for fun.

Interestingly one of the accused is the employee of the mobile shop from where the mobiles were stolen. The accused lured his other two friends for giving them the commission for the mobile they sold and they all used the money for fun and entertainment. All the accused are well educated and hails from good families.

Mobile wala showroom owner Ripal Patel gave a complaint to the Navapura police station about mobile theft in his showroom situated at Rajmahal road of Vadodara city. Based on the complaint the police team in investigating and while searching the CCTV footage of the showroom the owner was shocked to see his employee Vishal Verma involved in it.

Later the owner of the shop kept a watch on his employee and came to know about two others Nitin Sharma and Sumit Verma also involved and they are the one who sold mobiles outside given to them by Vishal Verma.

Ripal Patel the owner of the shop informed the Navapura police and the team head by PI Victor Fernandes arrested the trio and recovered 2 Samsung mobiles worth 39,390 rupees from them.

During primary investigation they accepted about mobile theft from the Mobile wala shop. All the three accused are well educated and hails from good families. Vishal Verma is the employee of the showroom and studied computer operator course from the ITI. He was earlier working in TBS company as computer operator and joined the mobile showroom from February 2016.

Nitin Sharma has a diploma in Hardware networking and a student of Science. His father is retired railway officer and now in real estate business. The third Sumit Verma is a Electrical Engineer and earlier worked with Siemens company in Makarpura GIDC in Vadodara. Right now he is unemployed. All the three accused are well educated.

During further investigation it was reveled that all the three are common friends and Vishal and Nitin are school friends and known to each other for long. Vishal used talk with his two friends and used to give them the opportunity to earn money.

He used to ask his friends to sell the mobiles , and also give commission. Vishal as the employee of the shop gets the mobiles easily and gives it to the duo who sold them in various places at cheaper rates.

Vishal gives 1000 to 500 rupees commission to them. Vishal sold about 50,000 rupees mobiles for mere 30,000 and kept all the money. He fooled his employer by generating bills from the computer by entering the IMEI number of the mobiles and cut all of them from the stock.

All the arrested accused accept that theh done it for fun and entertainment. Vishal also purchased a Activa by giving the Down Payment from the money. Sumit and Nitin sold about 25 mobiles of Samsung and I phone brand till date. The police is in the process to recover the mobiles from the places the accused duo sold and also where they used the money.