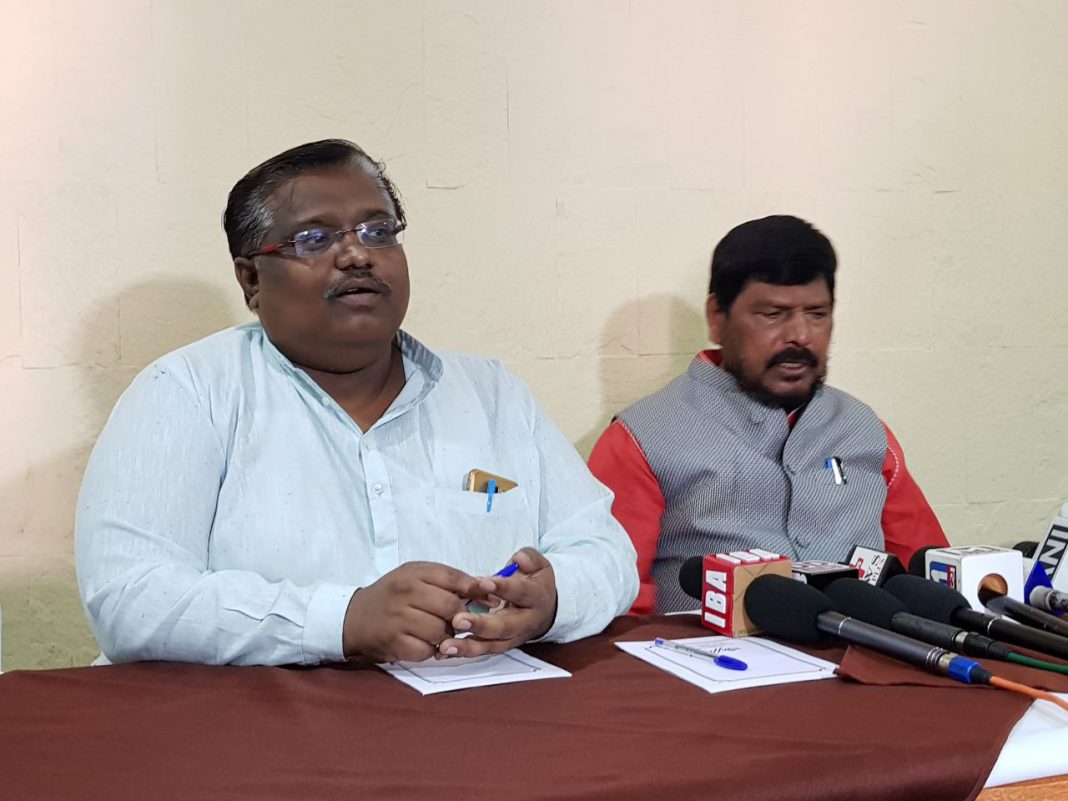 “We propose to create a new 25% quota where the remaining can get the reservation without touching the 49.5% given. We raise this point and think that some changes be done in the constitution to implement it,” said Ramdas Athawale minister of State for Social Justice and Empowerment.

The founder–leader of the Republican Party of India (A) and currently Minister of State for Social Justice and Empowerment in the Narendra Modi  government said they support the BJP in the upcoming Gujarat elections as PM Narendra Modi is working on the development model in the country.

“BJP and PM Narendra Modi is working on all round development of the country and they are also not against the minority. The decision of demonetisation GST is to check the black money just like Babasaheb Ambedkar proposed in 1921-22. The BJP government also sanction the land in Mumbai where 350 feet Ambedkar statue will be in place. The BJP will get full majority and we are in support of them,” said Athawale.

On reservation issue pointing towards Hardik Patel he said instead of Congress if he come to him then he raise the issue in the parliament. He also propose for extra 25% reservation for others without touching the 49.5% already given.

“The Supreme court already give 49.5% to SC, ST and OBC and without touching it we propose for a 25% in the remaining for Patidar, Maratha, Jat and others who are economically backward,”said Athawale.

He said there should be no politics on Dalit matters and trouble starts due to casteism. He also said that to stop atrocity against Dalits intercaste marriage is also one of the solutions. The dalit will also vote for BJP in the upcoming elections.