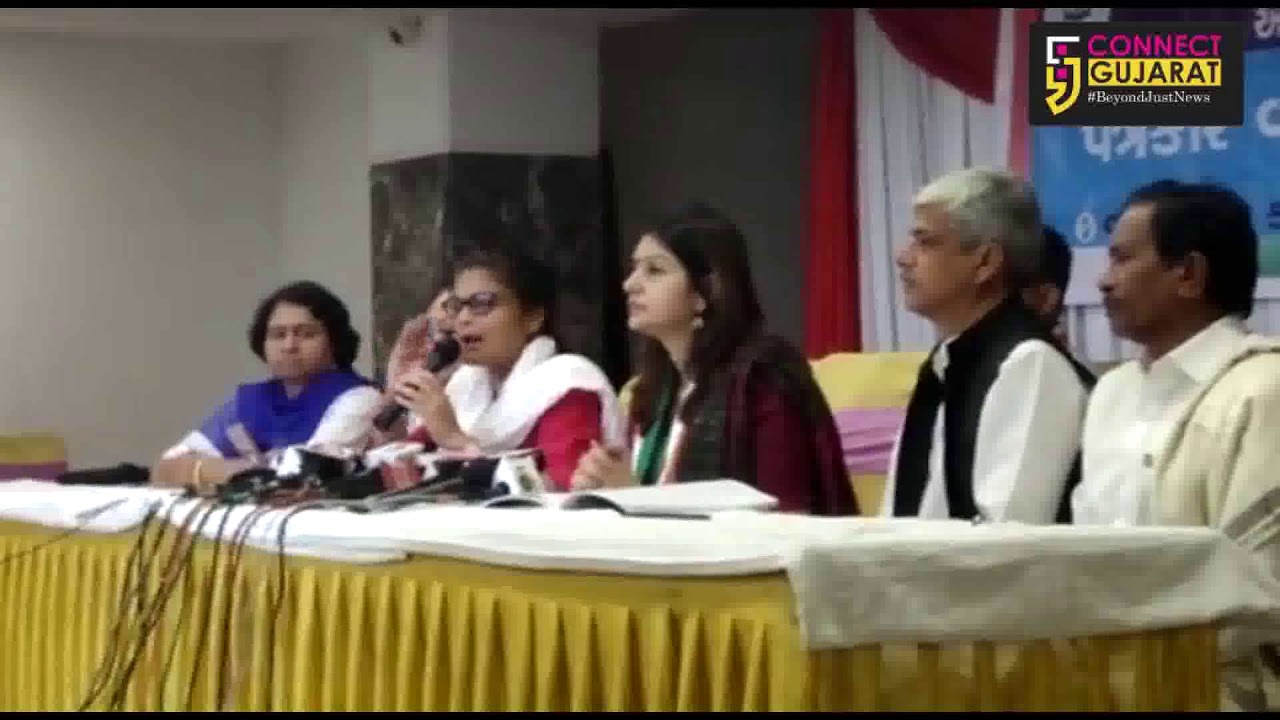 Congress women wing on Wednesday said higher education and women security is their prime focus and they include the same in their election manifesto. They promise to empower them and help them live with dignity and be self confident if they comes to power in Gujarat. They also put allegations on the BJP for create a fear like enviornment in the state specially for the women.

Congress release their manifesto first before the elections in Gujarat and give women prime concern in terms of education, security and empowerment. The Congress National President Sushmita Dev and the Congress spokesperson and MP Priyanka Chaturvedi speaks about the manifesto where they give prime concern to women of Gujarat.

"The State government is done nothing for the women in Gujarat during their rule and now we are hopeful for a win this time. In our manifesto we give special concern to the women and make them empowered. We will free primary education for girls and give scholarships to the bright ones. To empower them we give them employment opportunities and give interest free and low interest loans to those who wants to start their own business. For security we start fast track courts in the state for quick conviction," said Chaturvedi.

Sushmita Dev put attacked the Prime Minister for not speaking a word on Naliya sex racket and they are talking about women security in Gujarat. She also challenged CM Vijay Rupani to sting in each police station where no FIR is launched when women go there to complaint.

She also attacked on former CM Anandiben Patel for fail in provide women education and security and not even completed her tenure. They promise to fulfill everything what they mention in their manifesto for women.