Connect Gujarat
#Beyond Just News
More
Home Gujarat Warrant against a builder who went away to USA disobeying the order... 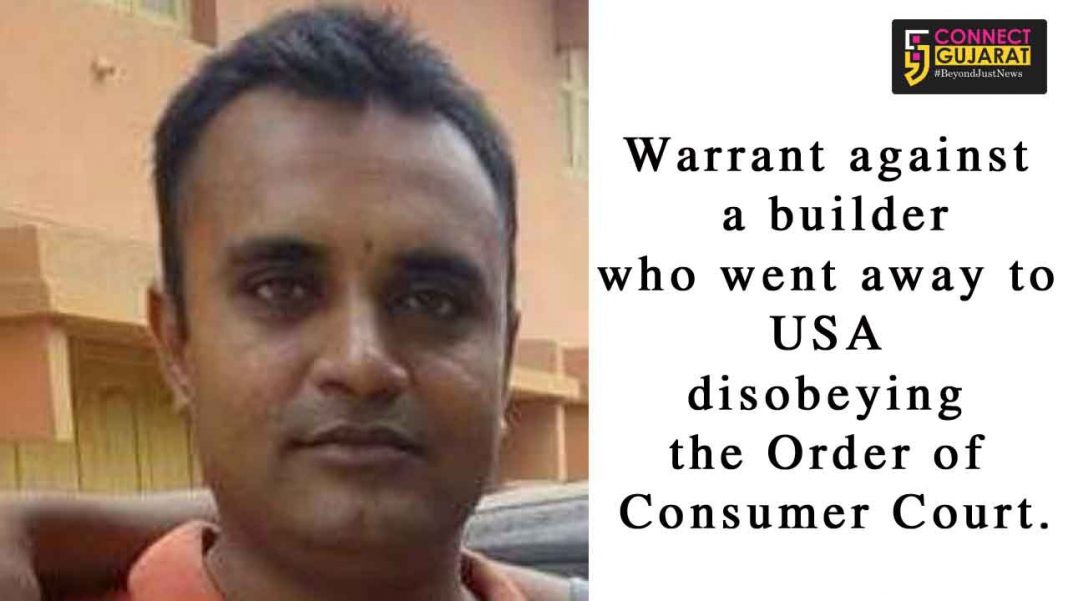 It is often said that no one can play with the law and of late the accused has to pay the price. Such a similar unique case came to light in Vadodara where a arrest warrant was send to American Ambassador for arresting a builder from the city.

Vadodara builder Tejas Ambalal Patel and land owner Navneetlal Laxmidas Patel in the name of ACP Developers started a new project in the name of Vrundavan Residency at New Sama road. They collected 50,000 as lifetime maintenance money from the 24 flat owners total 12 lakh from them and promised to return in the time of possession. 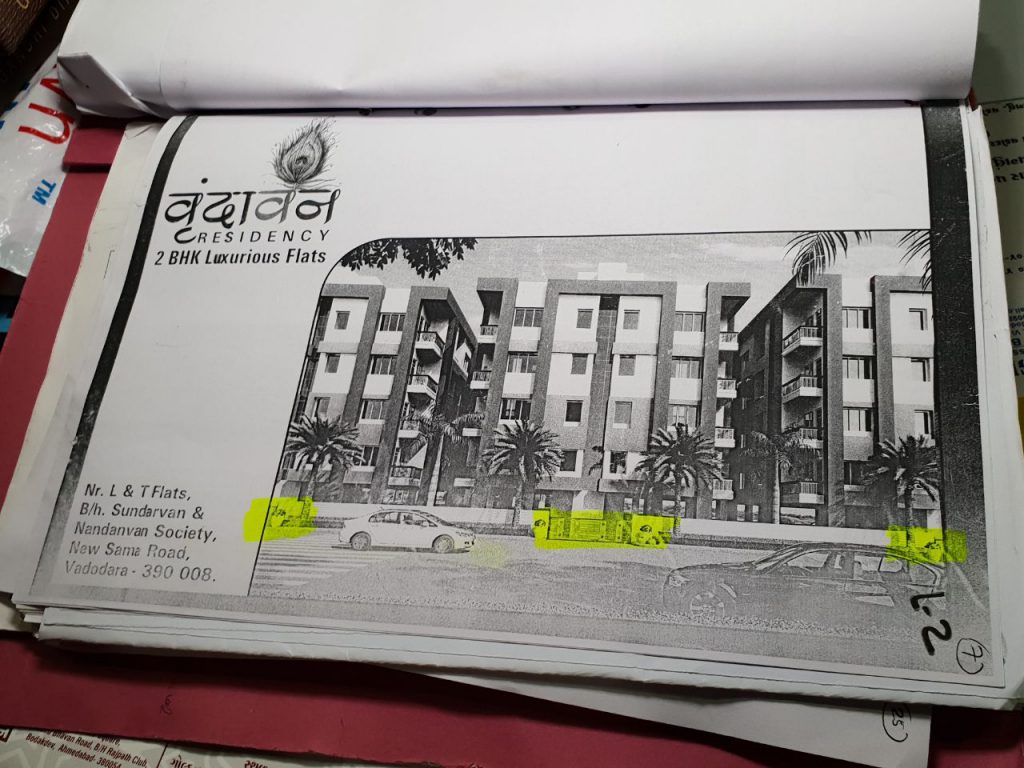 However in the time of possession the owners complaint about the missing things in the flats but the builder told them to give it in written on a stamp paper of 100 rs. Meanwhile the flat owners contact the Jagrut Nagrik and they filed a complaint against the builder on 29th November 2014.

Based on that the court issued a order on 30th November 2015 which states the builder to pay 12lakh which includes 9% interest on the amount from 17th April 2014, 20,000 for mental and physical harrasment and 10,000 to the Vrundavan Residency association. 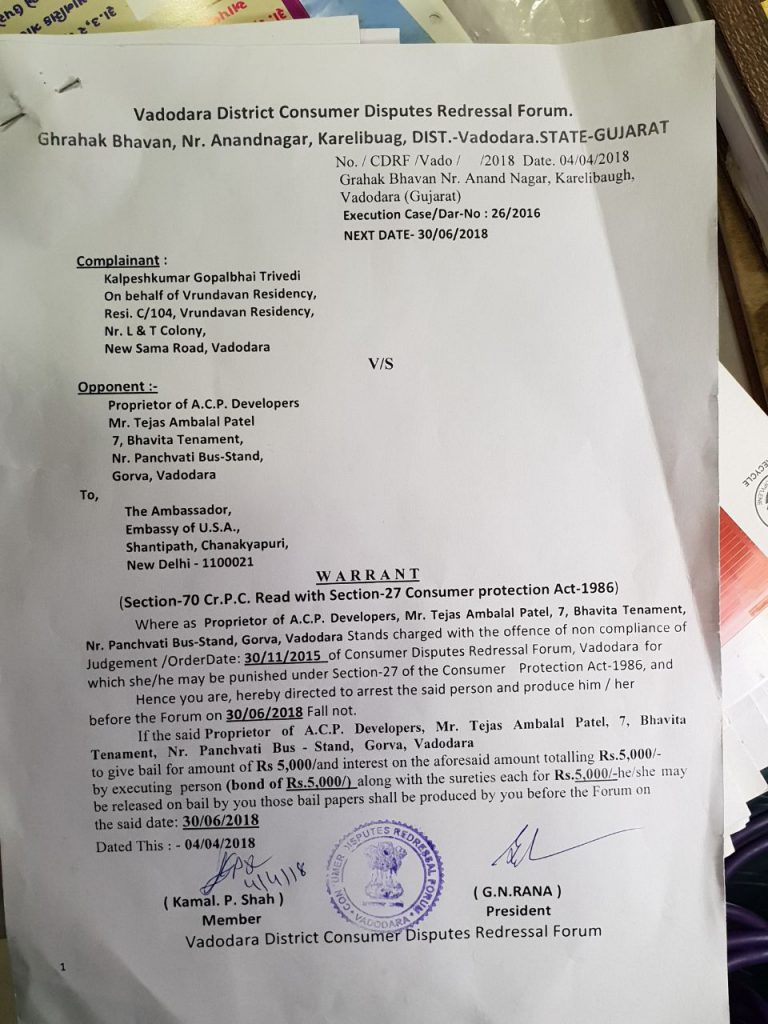 “First time in the history of Consumer Court, a warrant is issued against a builder Tejas Ambalal Patel who went away to USA disobeying the Order of the Honourable Court. The Ambassador of the USA Consulate, New Delhi has been sent a copy of the warrent and has been asked to arrest this builder and produce before the Honourable Court. This is a historic judgement and proves an example to everyone that no one ran away from the law,” said P.V. Murjhani Managing Trustee Jagrut Nagrik Vadodara.