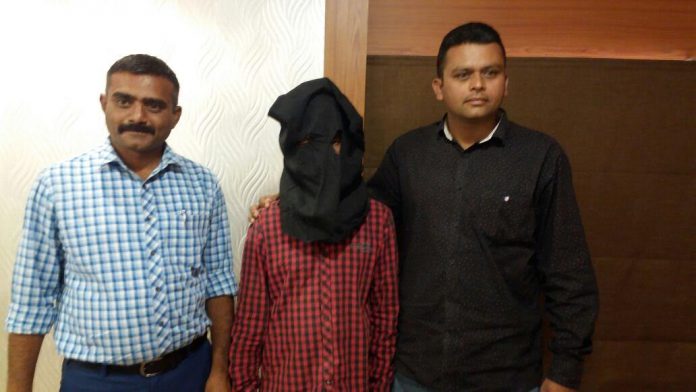 Vadodara SOG police on Tuesday arrested a wanted member of Sikligar gang involved in many cases of house breaking, vehicle theft in Vadodara, Surat and Navsari. He was earlier arrested for the same offence and also send to PASA and Tadipaar by Surat police.

From a reliable source SOG Incharge PI H.M. Vyas and his team received the message about the wanted serious offender from Surat Chhattarsingh Uttamsingh Bhond (Sikligar) was hiding in Hiravanshi slum at Kapurai chowkdi at his father in law house and standing at Soma Talav. The police also received the info about him as he wear Maroon and Black check shirt and brown pant and based on the identification the police team arrested him.

After strict Interrogation he accepted that he along with his associates in the last two years commit seven offences of house breaking and vehicle theft and one year earlier in Vadodara and for which a matter was registered with Manjalpur police station. The police arrested him and process to handover him to Manjalpur police and also informed the Navsari police.

The accused in originally from Surat and doing senting work there. He is into the crime world for the last 10 years and has many cases in Vadodara, Surat and Navsari. He was arrested earlier for 40 to 45 cases of vehicle theft and house breaking and in 2005 to 2005 send to PASA by Surat police. In 2014 he was Tadipaar for two years and is hiding here in Vadodara and continue his crime.