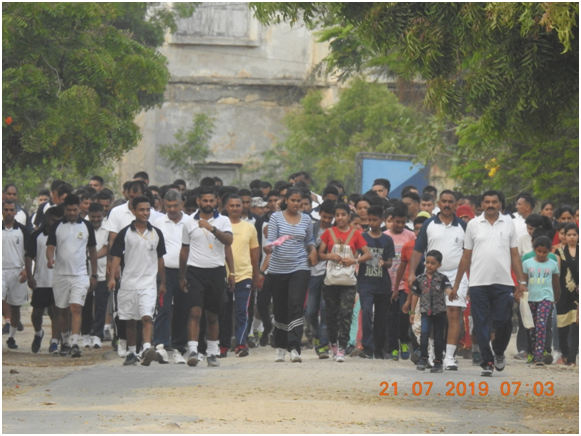 The objective of the walkathon was to raise awareness among locals and fishermen community about the contributions and sacrifices made by armed forces for the protection of India’s sovereignty and national interests. Walkathon started with a brief introduction about resounding victory of armed forces during Kargil War on 26 July 1999. The Walkathon route covered approximately 7 km, majorly traversed through the Okha town and market areas for maximum visibility and involvement of fishermen community at Okha.