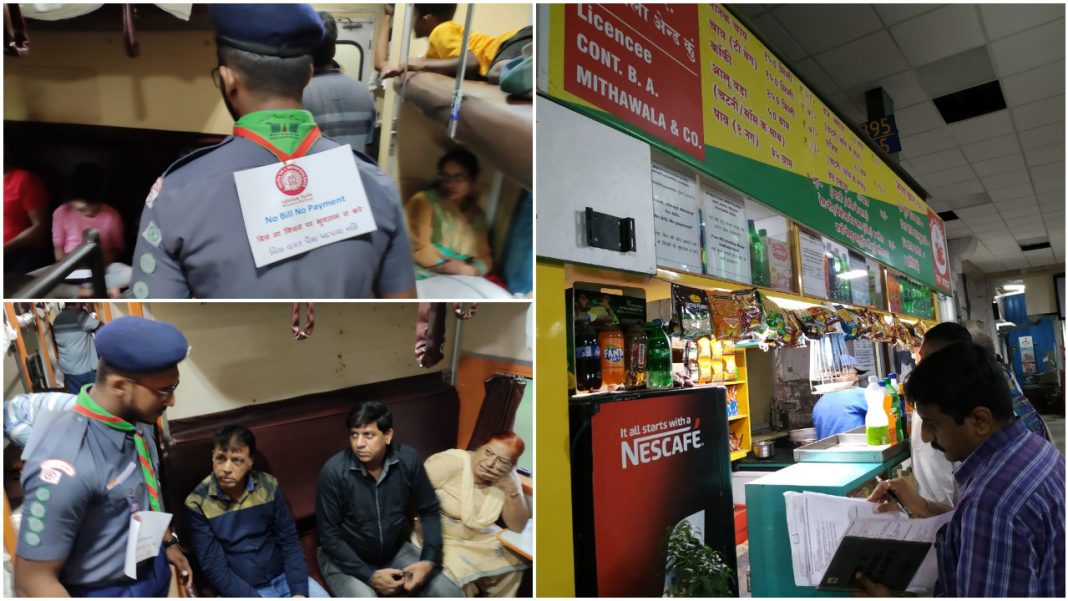 Drive yielded more than 60% increase in the no. of bills issued.

Western Railway “No Bill, No Payment” was a huge success after the concept introduced at all the catering units over its jurisdiction. Every catering unit has been instructed to issue bill for every item they sell from their unit. For creating awareness amongst the passengers, announcements at regular intervals are also made through Central Announcement System across all stations.

Special emphasis was on the message of “No tips to catering staff and if no bill is given, the meal is free” during the drive. Also, “No bill, No Payment” stickers have been pasted on every catering unit and posters have been displayed at prominent places at stations like concourse hall, booking offices for the people.

According to a press release issued by WR CPRO Ravinder Bhakar, an intensive drive was launched from 9th July, 2019 over all the six divisions of Western Railway by deputing Commercial Officers and Supervisors to ensure strict implementation and to monitor issuance of bills to each and every customer by the catering units. The drive has yielded good results and the nunber of bills issued increased from 50,000 on the first day to more than 80,500 by the end of the week long drive, which is more than 60% increase.

Also, Ratlam division registered a remarkable increase from 8417 bills issued on the first day to 13150 bills issued on the last day of the drive. Western Railway urges all its valued customers to always insist on asking for bill for their purchases from the railway catering units.