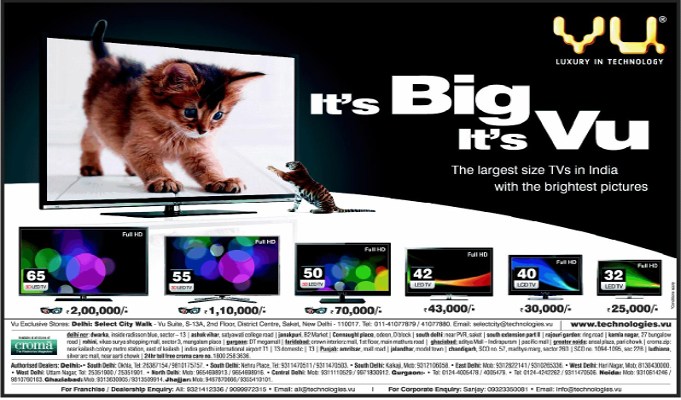 “There are no competing products in the industry with similar features or price points,” said Devita Saraf, CEO and Design Head, Vu Technologies in a statement.

“We have had 350 per cent year-on-year growth since 2013 aiming for a turnover of Rs.600 crore in 2016-17. With the launch of our new portfolio and many more in the pipeline, we are confident of achieving that goal within the stipulated time frame,” Saraf added.