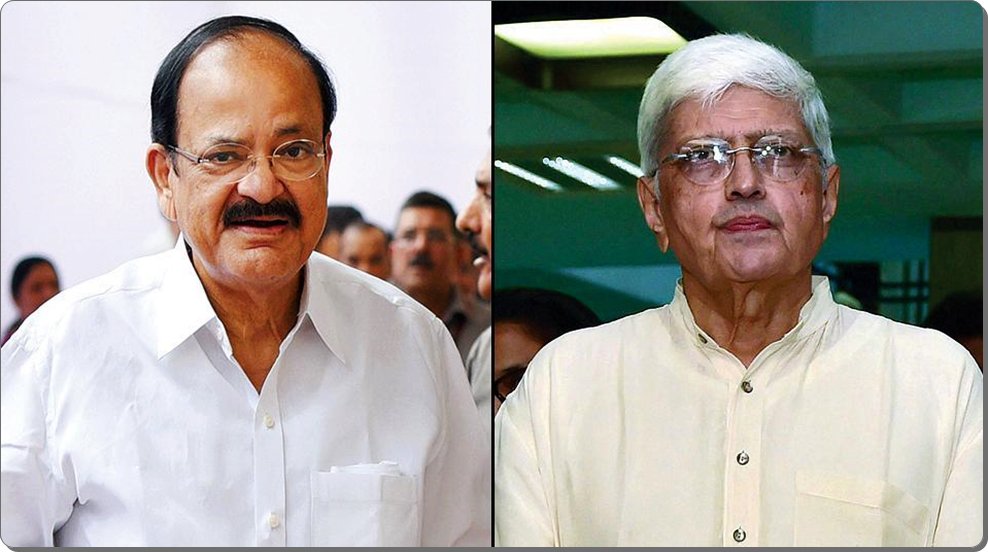 All members of the Lok Sabha and the Rajya Sabha vote in the Vice Presidential election. Results will come on seven o'clock in the evening. NDA filed Venkaiah Naidu as their candidate while from the opposition former Governer of West Bengal and Gandhiji's grandson Gopalkrishna Gandhi is contesting for the next Vice-President of India.

In the poll, MPs will use specially designed pen to vote their choices. Election Commission officials said citing traditions that the votes will be counted immediately after the voting.

PM Modi, NDA Candidate Venkaiah Naidu and UP CM Yogi Adityanath voted for the Election. On opposition side Along with Manmohan singh, Sonia Gandhi and Rahul gandhi came to vote in parliament.

A total of 703 votes have been cast in the Vice Presidential election so far. The total number of votes are 790.