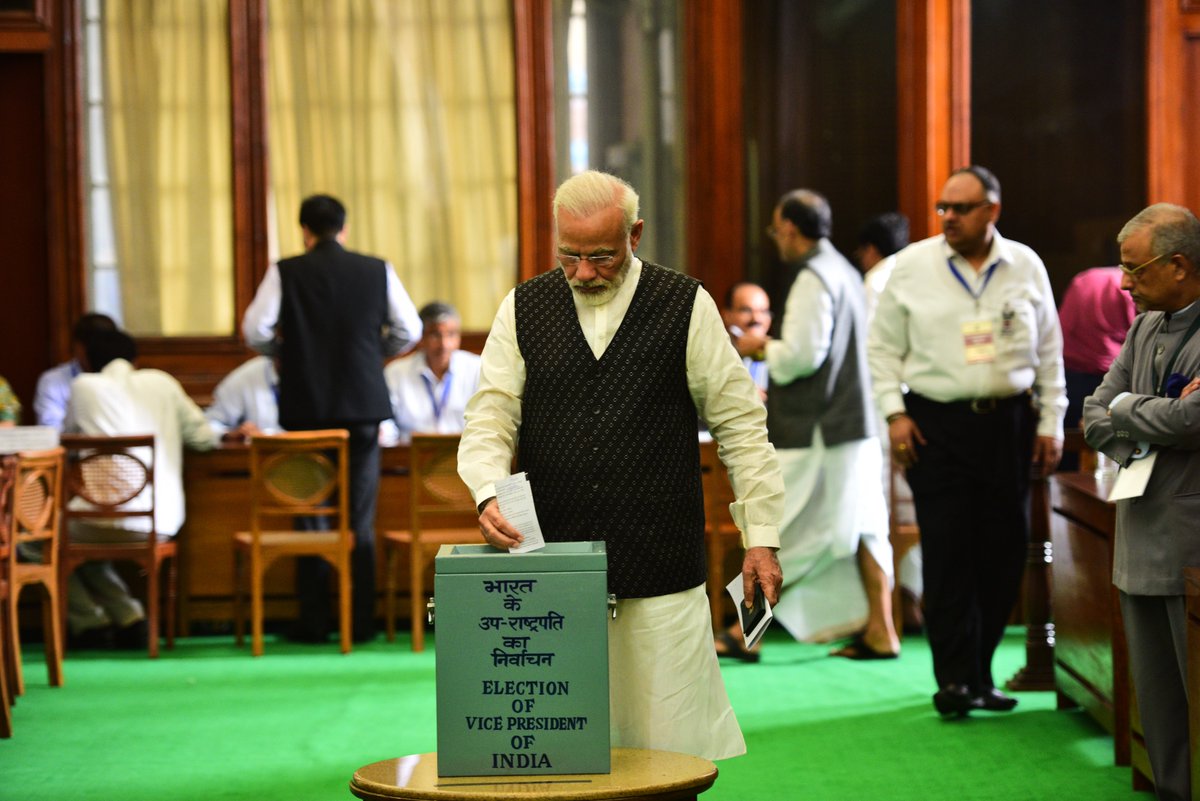 Polling to elect the 14th Vice President of India began on Saturday in Parliament with Prime Minister Narendra Modi casting his vote.

The counting of votes will be done in the evening. The results would be announced later on Saturday.