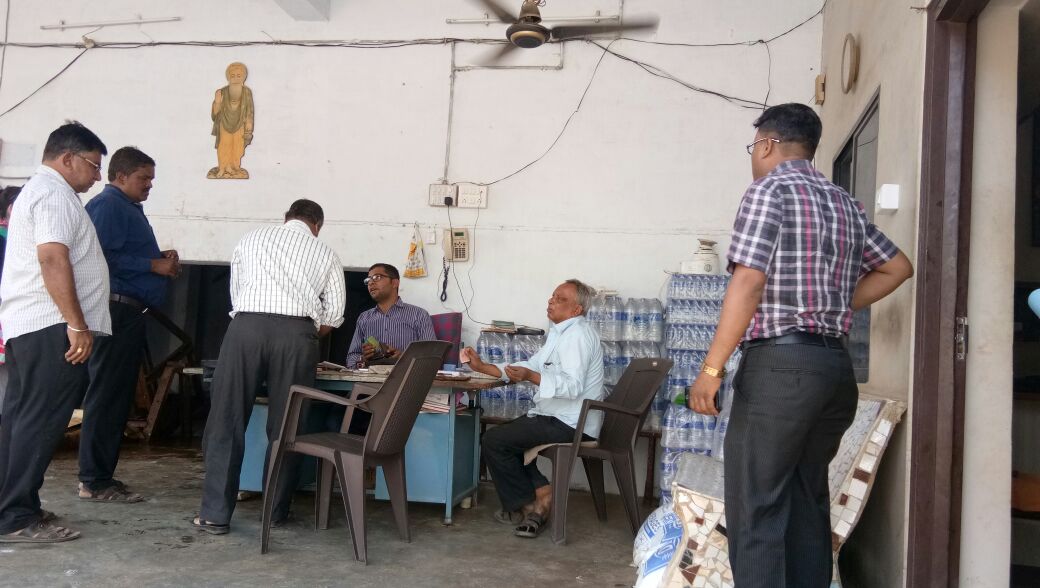 Vadodara Mahanagar Seva Sadan (VMSS) health teams on Thursday conduct deep checking inside 11 ice factories in various areas of the city. In view of the onset of summer the health teams check the ice factories and destroyed 130 kgs of ice made without chlorination. The VMSS teams also served schedule 4 notices to two ice factory owners for not maintaining the rules. During the onset of summer the ice selling in the city is doubled and many ice factories are involved in making of ice blocks. To check the conditions inside the ice factories in view of people’s health the VMSS health department teams conducted checking on Thursday. The two teams of VMSS searched 11 ice factories in East and South zones of the city.

The teams checked the use of Chlorination in the ice blocks and destroyed around 130 kgs of ice without the Chlorination. The VMSS food inspector said that without Chlorination the ice is injurious to health and like every year during the start of summer they checked the quality of the ice served to the people of Vadodara.

During the check the team give notice to the Gayatri ice factory in Salatwada area of Vadodara city for not using Chlorination in ice and also to sell water pouches from the factory. After that another factory was also given Schedule 4 notice by the team. Under the guidance of Health officer Dr. Mukesh Vaidya the teams of food inspectors Vipul Rana and Mr Gohil formed teams and checked and give notices to the ice factory owners for not following the rules. The ice factories are not using Chlorination in the ice which is injurious to the people health and ice factories are playing with the health of them.