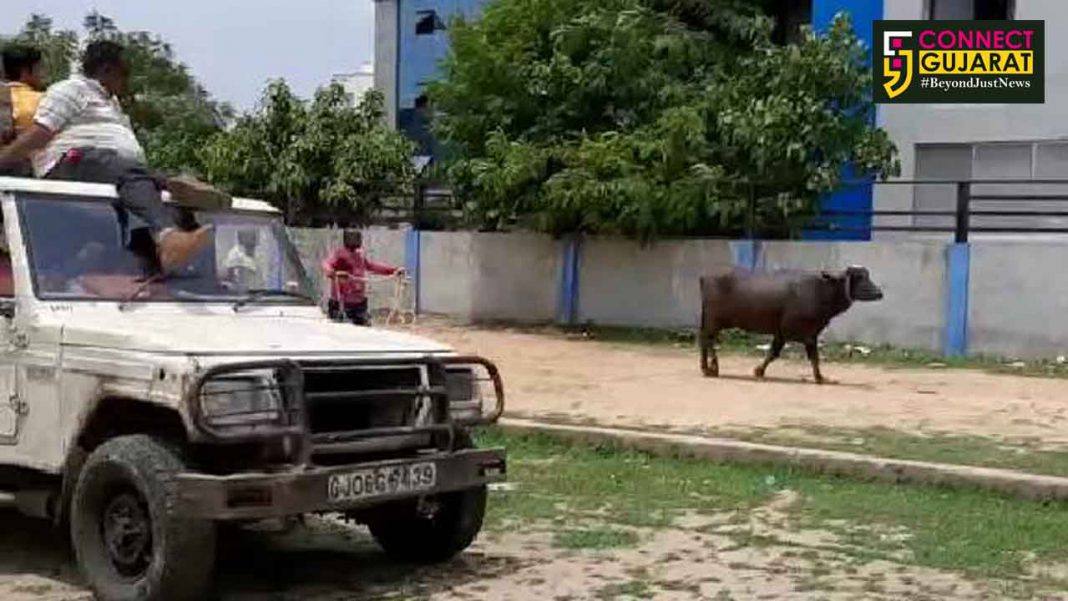 Finally caught it after buffalo was tranquilize

Its a scene straight from a bollywood potboiler in Vadodara where a buffalo put the VMSS cattle party running for nearly two hours and injured three of them. The animal was finally tranquelised and caught by the team.

As per the details the cattle team reached the open ground near Baroda Public School on Waghodia road area to caught the bufallo. But much to there surprise the animal was in no mood to surrender and make the team run for nearly two hours inside the ground. The team members find it tough to caught the agressive animal and even two of them recieved injuries while tried to control the buffalo.

Finally the team takes the help of former Zoo curator C.B Patel who traquilise the buffalo with a injection use to relax the muscles. After minutes the buffalo was finally caught by the team and caged inside the cattle vehicle. The incident creates a sense of urgency in the people as they rushed to the spot to see the rescue by the cattle team.