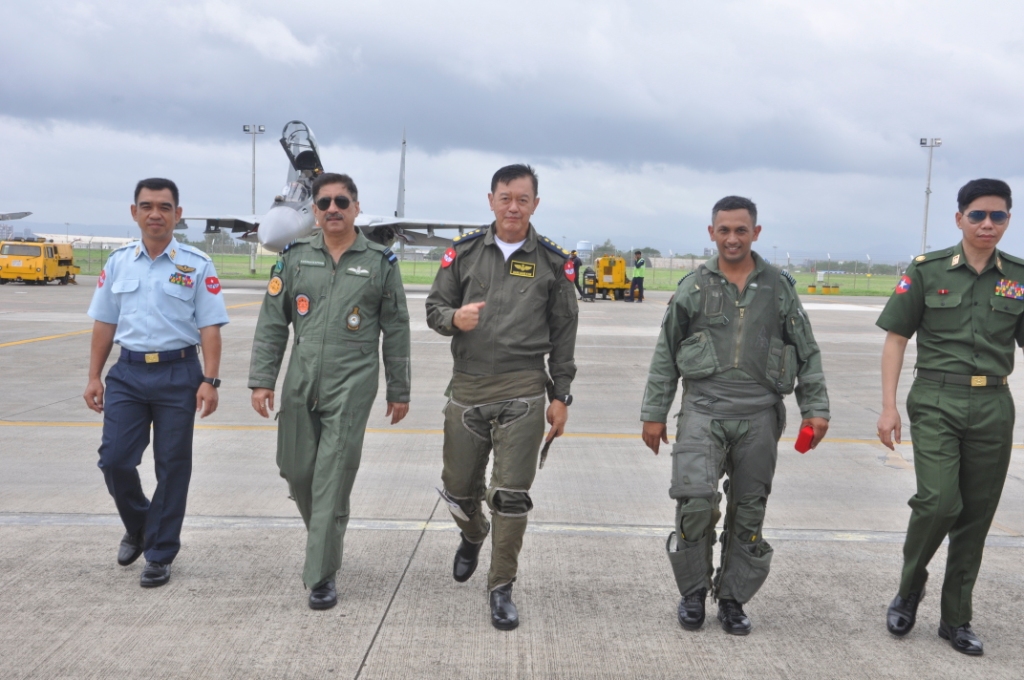 The two Commanders discussed growing bilateral defence cooperation between the two Air Forces and ongoing defence related developments in the region. At the end of the discussion General Kyaw and Air Marshal Arora exchanged mementos. The Commander-in-Chief was also hosted for a cultural and social evening at Air Force Station Pune.

The Commander-in-Chief of Myanmar Air Force flew a sortie on Sukhoi-30 MKI aircraft and was also briefed about the Su-30 aircraft related maintenance and training facilities available at Pune as well as indigenously built Akash Defence System.