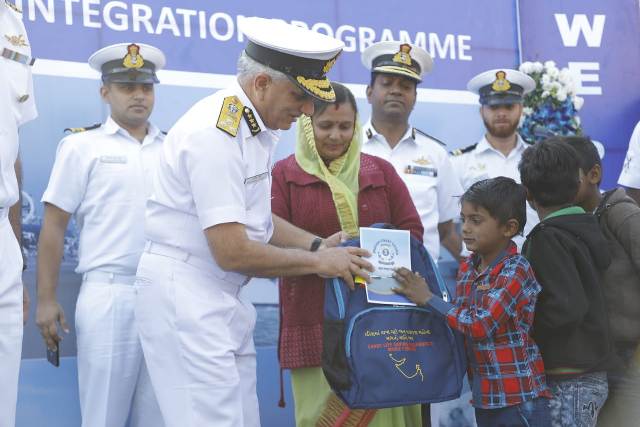 Director General Rajendra Singh PTM TM, DG ICG was on a two day visit at the westernmost forward operating bases of ICG in Gujarat. During his visit, the DG inaugurated a Hover port and six other infrastructure projects for the welfare of troops and their families.

The DG visited Primary school at Jakhau salts, interacted with school children and distributed school essentials. The DG also interacted with the BSF personnel at Bhuj and emphasized on better ICG-BSF co-ordination in Creek areas.  As a result, patrol in the area has been amplified and the Marine Police and operating BSF personnel have concurrently been alerted to impede any challenges emanating from sea.

The Fishermen Association has been advised to alert the security agencies at sea, in such a scenario, through radio communication for rendering instant response.