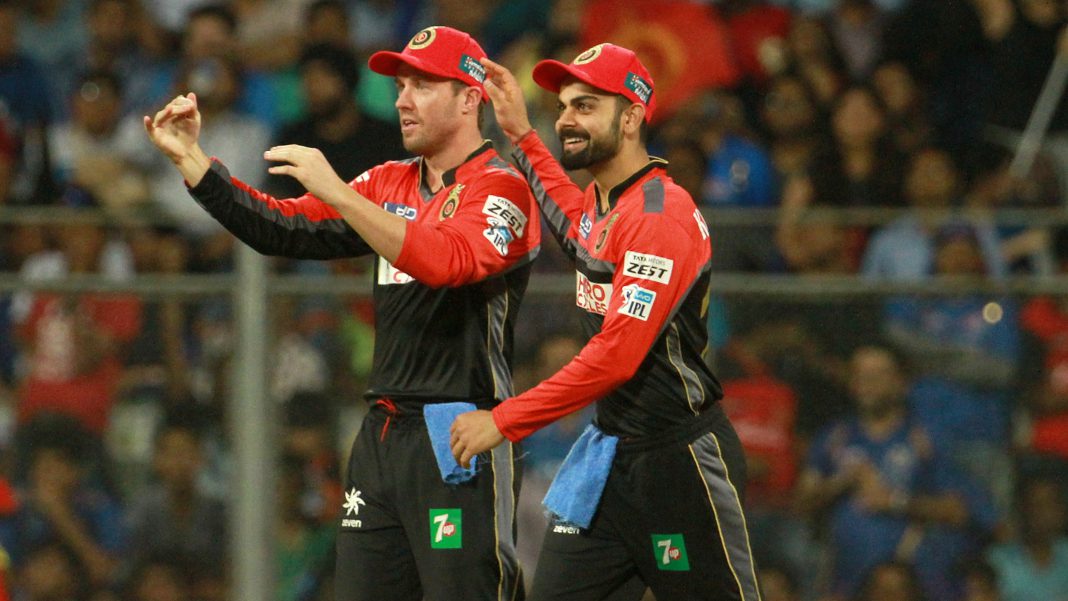 de Villiers is as much in awe of the RCB and Indian captain. They are like brothers, inseparable during the IPL.

But it’s not their cricketing skills that bring them close. Kohli and de Villiers are both rather romantic. Back in 2012, de Villiers had laid out an elaborate plan to propose to Danielle, with whom he tied the knot in 2013.

de Villiers chose to propose to Danielle in front of the Taj Mahal. It obviously impressed the lady who answered in the affirmative but it also drew cheer from Kohli, who got married to Anushka Sharma late last year.

“I remember Virat told me when I got back, he’s like you are raising the ball way too high for us! But I think he did a pretty good job now with Anushka,” de Villiers said on season 3 of What the Duck.

The South African batting sensation also explained in detail how he planned to surprise the love of his life.

“That was a very special time in my life. I surprised Danielle completely, she would have never thought about it. And could not have done it at a more special time than that.

“About a couple of months, leading up to the IPL, I was obviously planning and got the ring and all of that. And I decided to do it there. And once I got to the IPL, I got “security guards”, who were actually photographers and videographers to film the while thing

“But I told Danielle I got to travel with security guards. So that’s why they’ve got to to go with us. And it ended up to be a great surprise and I got it all on camera,” de Villiers said.

The 34-year-old South African batting superstar is revered in India. de Villiers is possibly the most loved foreign cricketer in the country, thanks to his exploits in the IPL, his fireworks for RCB and his close friendship with Kohli.

In 140 IPL matches, de Villiers has scored 3900 runs including three hundreds and 27 half-centuries. “It’s a bit crazy and humbling at the same time. I don’t how it all happened,” he said. “But yeah, I love coming here, I love the people of India. Love the different kinds of foods, love playing cricket here and obviously it’s a huge privilege to have a fan following here.”