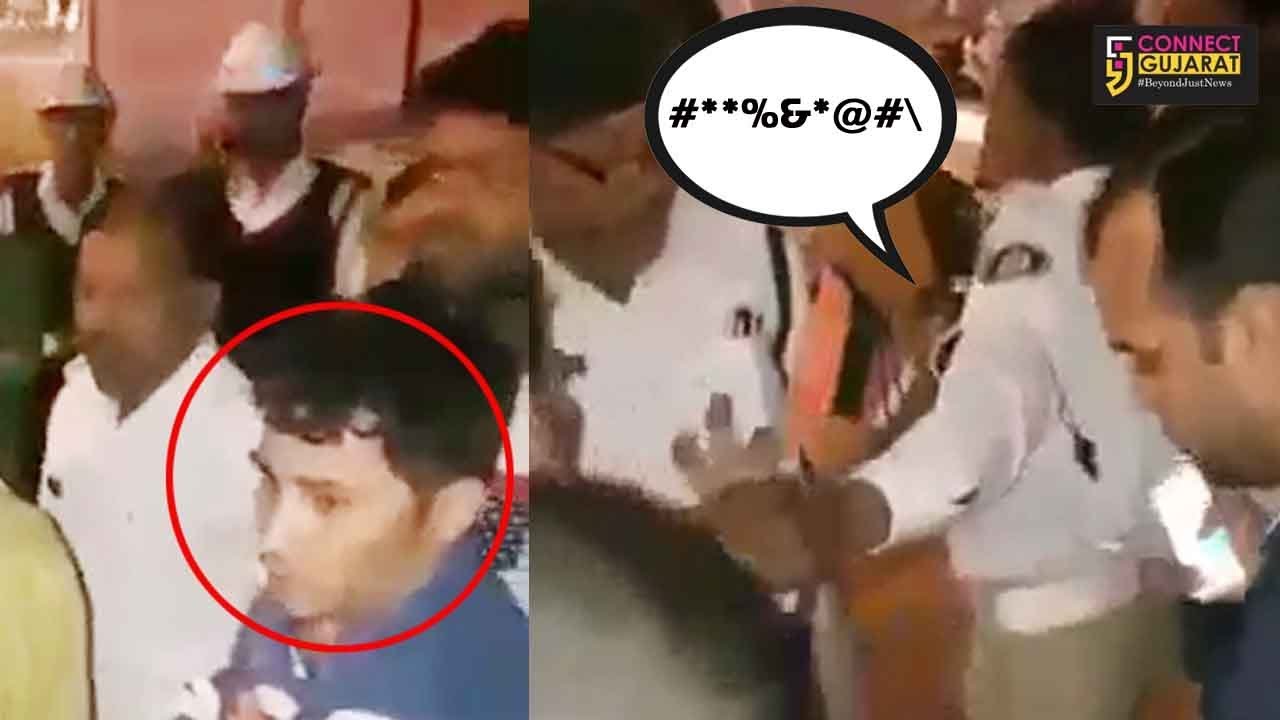 A video of car driver abusing and fighting with traffic police jawan in Vadodara went viral on social media. The video was off popular Akota Dandiya Bazaar bridge where the car driver went into fight after the on duty traffic policeman asked him to stop.

As per the details the video shot by someone from the mobile shows the fight stated after the traffic policeman asked the car driver to stop on the night of Dhuleti. The irked car driver directly went into verbal fight and started abusing the on duty officer. The traffic official also then slapped him as the car driver continuously abusing him. One of the woman members inside the car also accused the traffic police for abusing and that heated up the situation.

People started gathering at the spot and tried to calm down the situation as both of them started fighting with each other. However the incident sends a wrong message in the public as such a thing happens where on duty traffic police and car driver involved in abusive language.