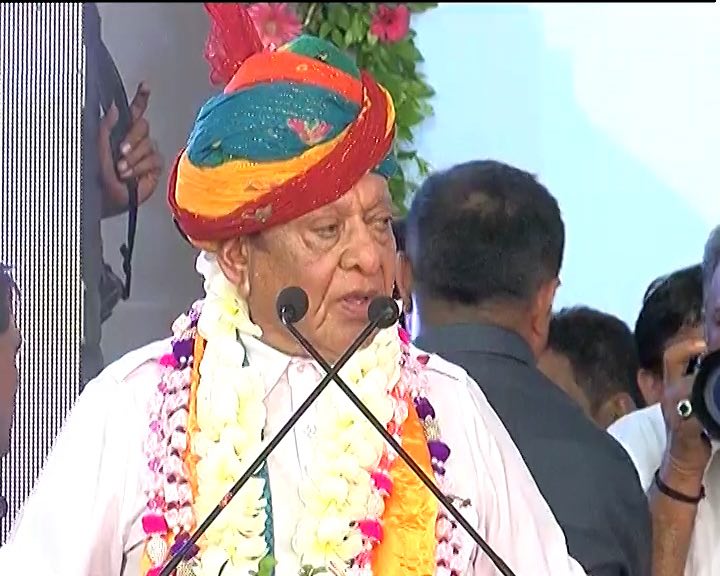 Congress party leader Shankersinh Vaghela on Friday announced that the party high command had expelled him.

Addressing a gathering here on his 77th birthday, Vaghela said the party has shown him the door, but said he will not quit.

He said the party did not even wait to hear what he would say at Friday’s event before taking the decision to throw him out. Vaghela termed it a case of “vinashkale vipareet budhdhi”.

On Thursday evening, the Gujarat Congress issued a warning to Vaghela not to “play any politics” under the guise of his birthday celebrations with his supporters and legislators.

He was also told that his public utterances would not be tolerated by the party any further.

The maverick Vaghela, who had snapped ties with the Bharatiya Janata Party in the late nineties to set up his own party that later merged with the Congress, has been telling the party high command to hand over reins of the December election battle to him.

He changed his profile on social media to Former CM of Gujarat from opposition party leader. He also said that Congress had removed him from the party before 24 hours. 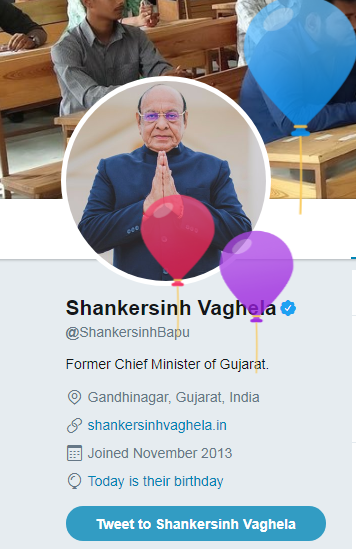 He resigned from the Party and also said that after RajyaSabha elections he will also resign from the MLA post.

While addressing the crowd he said that he is not going to join any political party. He have good relations with RSS he said.

Insisting that he has no interest in power or post, the former Gujarat chief minister did not fail to recount his contribution to politics and the parties he served.

“I sent today’s PM (Narendra Modi) to the BJP working committee. I brought Anandiben Patel in politics… Introduction of RTI laws was my suggestion to bring transparency into the system,” he listed.