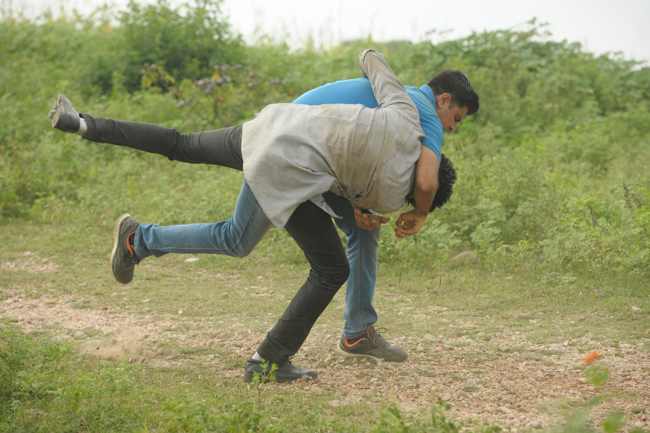 Ratanpur is a Gujarati movie that is stated for a release on March 16, 2018. There is already a huge buzz that has been created for the movie in the Gujarati film circle. The people are so eagerly waiting to watch the movie. The people of Gujarat are awaiting the release of the movie as it is one of its kinds in Gujarat. The star cast and the production is one of the most important aspects.

No dupes, all real stunts

In the times where even the biggest of the movie stars go for a dupe, this film has shot in some tedious locations like jungle, deserts amidst some of the most dangerous and poisonous animals. The actors who are fresh face did not even think twice to perform the stunts all by themselves. They did everything without frown or lamenting. The villain of the film went an extra mile during the filming of the film that his legs broke while performing stunts.

This is to be applauded as they did not go for a body double and in spite of getting hurt, they never made any changes in the schedule of the film shoot and they proceeded with the shoot. This attitude of the film stars helped the crew a lot to complete the shoot within the well stipulated time.

No studios; all real locations

It is not an easy joke/job to shoot at real locations, that too in the places that is concerned with the contact of the environment. The permission has to be obtained from the forest officials and there are so many other formalities. Even in the industries that are used to filming shots in the real locations would have been through a lot of questionnaire from the concerned officials. Then one could imagine what difficulty the team of Ratanpur would have gone through in order to produce a top-class product with the least possible resources available.

The star cast is very appealing to the audience, especially the younger crowd. Moreover, the native people have been roped in to play the main roles of the film in order to get the dialect correct.

Ratanpur, directed by Vipul Sharma and produced under the Prolife Entertainments banner is a great attempt at making a murder mystery is all set to enthrall the people at theatres. To those who are bored of fantasy cinema and want some raw action entertainer, then book your tickets for Ratanpur right away.