Gives memorandum to the collector request to cancel the order immediately

Vadodara Mahanagar Seva Sadan (VMSS) proposed to include six villages into their jurisdiction but the villagers raise their protest and gives memorandum to the collector in this regard. On Monday they took out a big rally from Navlakhi ground to collector office and request to cancel the order immediately. 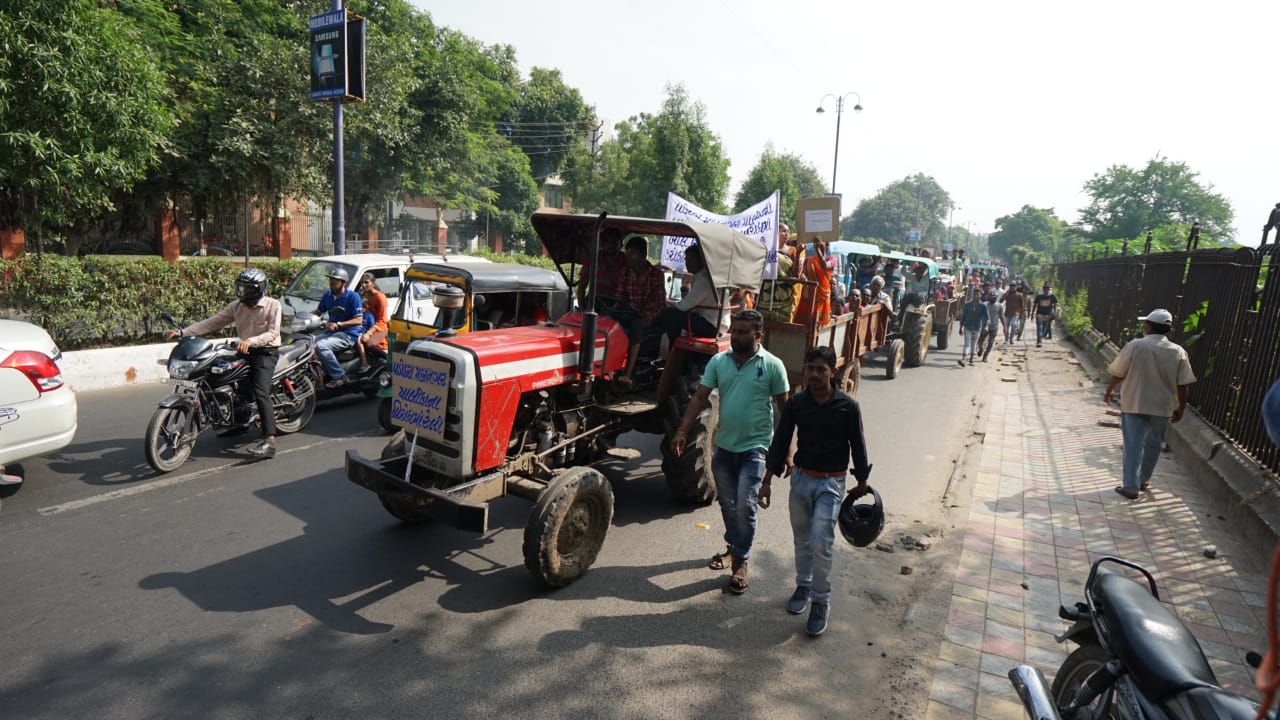 VMSS passed the order to include Bil, Sevasi, Undera, Karodia, Vemali and Bhayli villages into their jurisdiction. In protest to the decision the villagers took out a big rally in the city to give a memorandum to the collector. They asked the corporation to first give the primary facilities like water and others to them and later include them inside their area.

The rally also disrupt the traffic which reached the collector office with banners protesting the decision. They gives a memorandum to the collector saying the villages like Chhani, Harni, Kalali, Tarsali, Bapod, Sama Bilia Talav areas still lack the facilities. And now with the decision to include the six other villages will stop their growth as the Gram Panchayat already provide primary facilities to them.

The villagers demand not to include the villages in their jurisdiction as Gram and Taluka Panchayat already passed order against it. They threaten to intensify their protest in case the corporation forcefully tries to include them inside their area.

Share
Facebook
Twitter
WhatsApp
Pinterest
VK
Print
Email
Previous articleFirst look of Ajay Devgn and Saif Ali Khan is out in Tanhaji : The Unsung Warrior
Next articleIMD issues orange alert for Kerala up to next four days, as heavy rain lashes the state