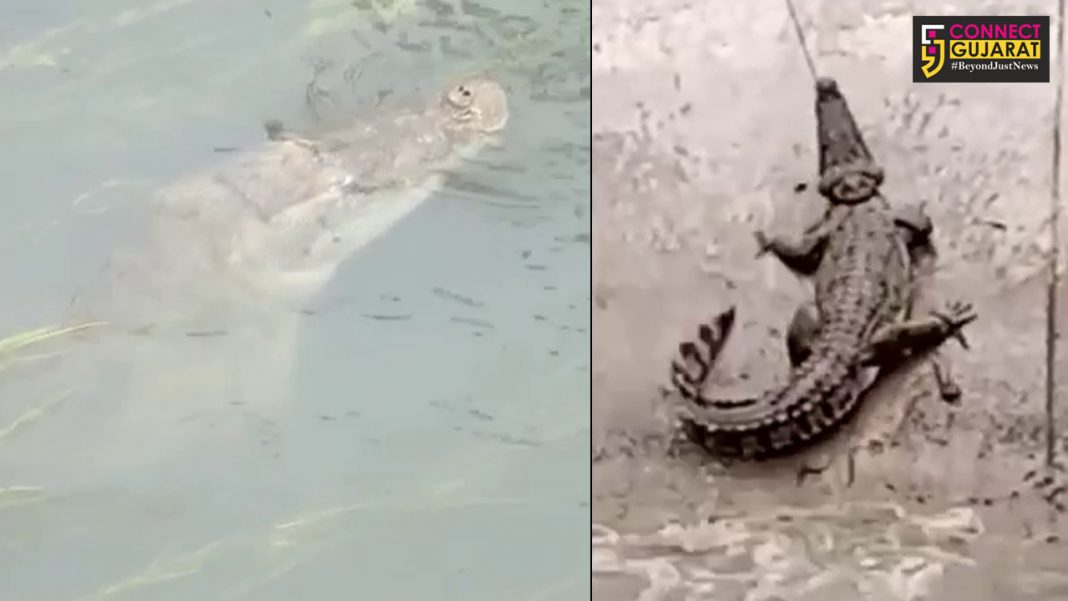 Villagers of Waghodia Ankadiapura village caught a crocodile tied it with ropes and roam inside the village on the bike. The matter came to light on Wednesday after the video went viral in social media which makes the forest department rushed to the spot.

As per details women of village spoke about seeing a crocodile while they are washing clothes near the Narmada canal. The people rushed to the spot after the news spread and also informed the forest department who reached the spot. However as per the villagers the forest department left the place saying the water level is more to rescue the crocodile.

However the villagers decide to caught the crocodile on their own and dropped the noose prepared from rope and dragged it from inside the canal. The jubilant villagers then tied the croc with the ropes put on the bike and moved around the village and then put it inside the temple situated inside.

The people rushed to the temple to see the crocodile and clicked pics on their mobiles. Meanwhile the whole incident was viral on social media which makes the forest department rushed to the spot. They checked the crocodile for any physical injuries and then rescued it from the village to the centre at Kamatibaug centre in Vadodara.