Villagers from Kevadiya and nearby villages protest against land acquisition 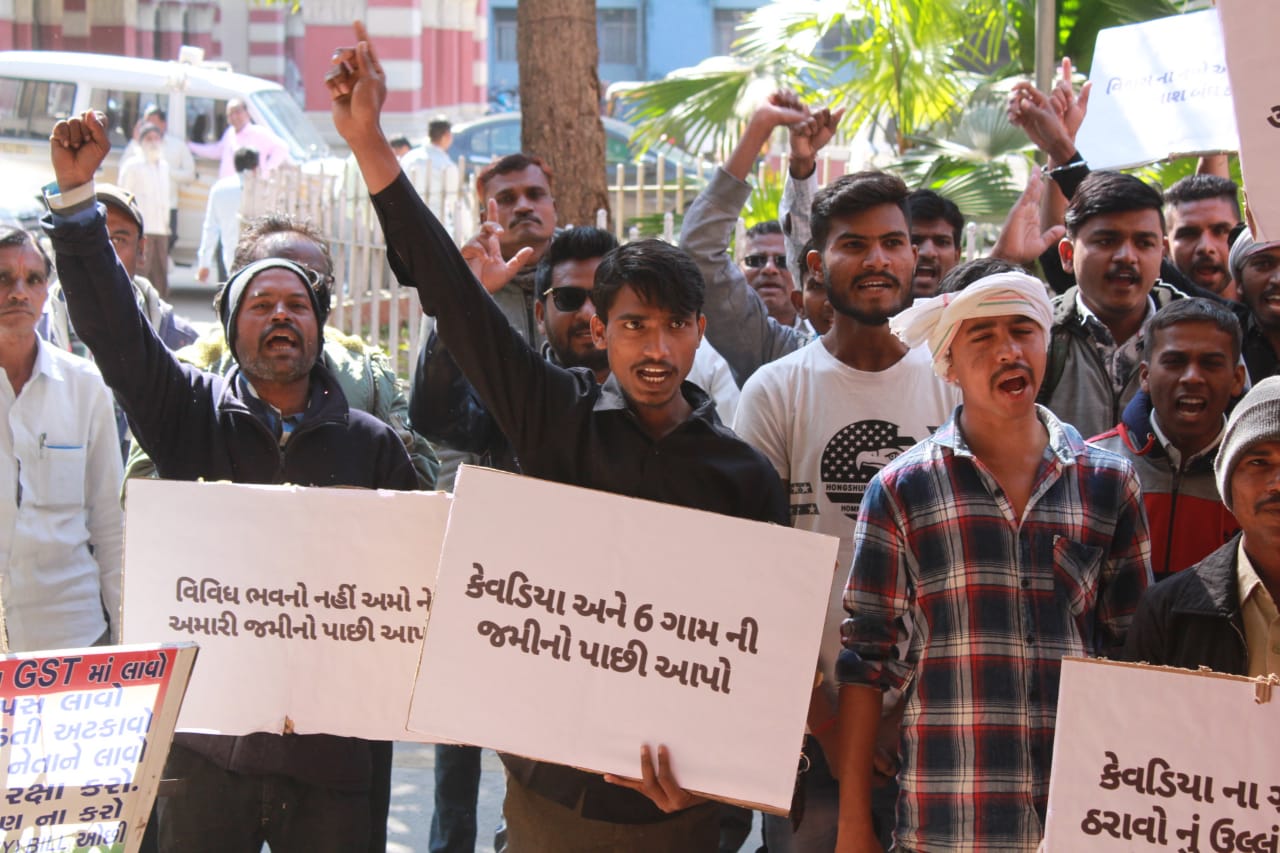 Gives memorandum to the Vadodara collector

Villagers from Kevadiya and nearby six villages protest against the land acquisition by the government and give a memorandum to the Vadodara collector on Tuesday. They demand to return their lands and save tribal people in the area. 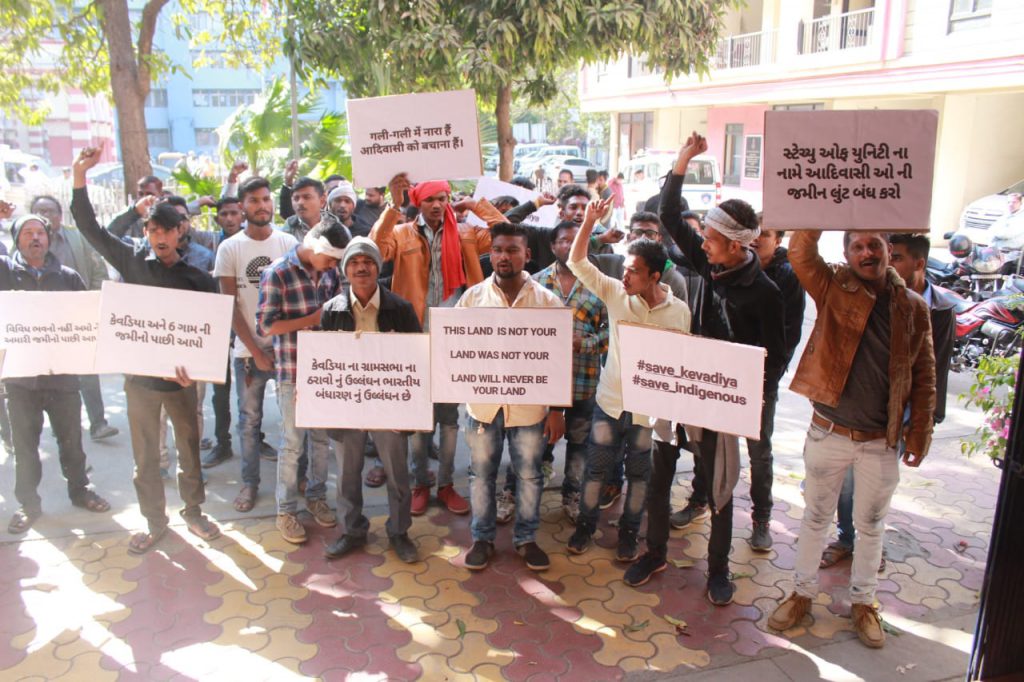 With banners of #save_kevadiya, #save_indigenous and other messages the villagers reached the Vadodara collector office and gives a memorandum request to give back their lands. They put allegations on the government for violation of Kevadiya Gram Sabha and acquire lands in Kevadiya and nearby six villages.

They said a notification in this regard is already out by the Kevadiya Gram sabha but the government violate it and make them unemployed by acquire lands. They demand to return their lands and threaten for aggressive protest in future.