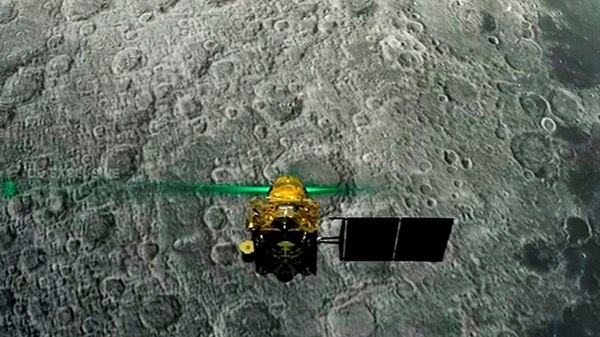 Not losing hope, the Indian Space Research Organisation continued to make all-out efforts to establish link with Chandrayaan-2’s ‘Vikram’ lander, now lying on the lunar surface after a hard-landing, reported on Monday, 9 September(Today).

Vikram, with rover ‘Pragyan’  accommodated inside it, hit the lunar surface after communication with the ground-stations was lost during its final dive, just 2.1 km above the lunar surface, in the early hours of Saturday.

“It had a hard-landing very close to the planned site as per the images sent by the on-board camera of the orbiter. The lander is there as a single piece, not broken into pieces. It’s in a tilted position,” an ISRO official associated with the mission told on Monday, 9 September(Today).