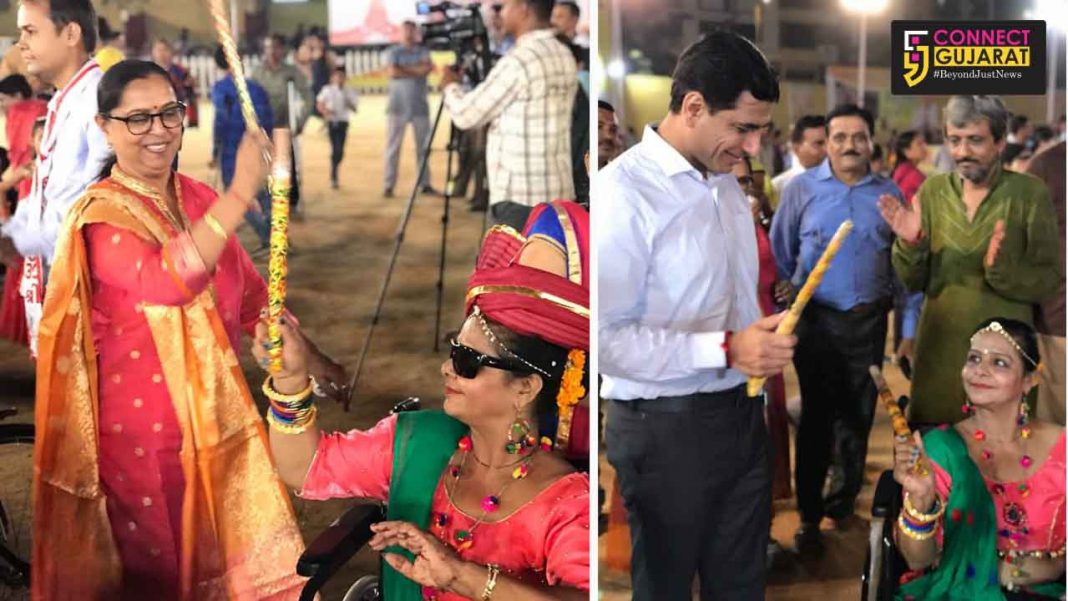 Physical disability is one thing which prevent the garba enthusiasts to visit big venues in Navratri and matching steps with the other players. They hesitate even to watch the others play from the sidelines of the lavish venues. 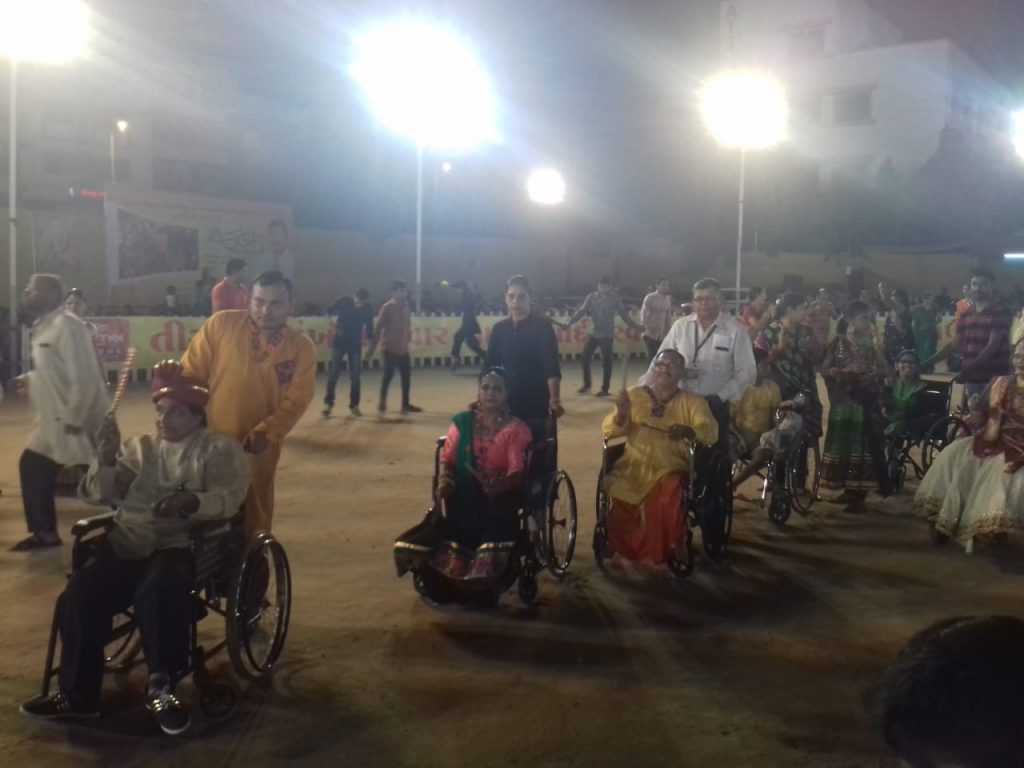 For such divyang people a special garba is organized for the last 18 years in Vadodara city by Jai Sainath Education and Charitable Trust. The aim is to provide a platform to them where they can play garba without any hesitation with friends and family. This year also the Viklang Garba Mahotsav was attended by nearly 4500 physically challenged people from the city and other parts of the state. 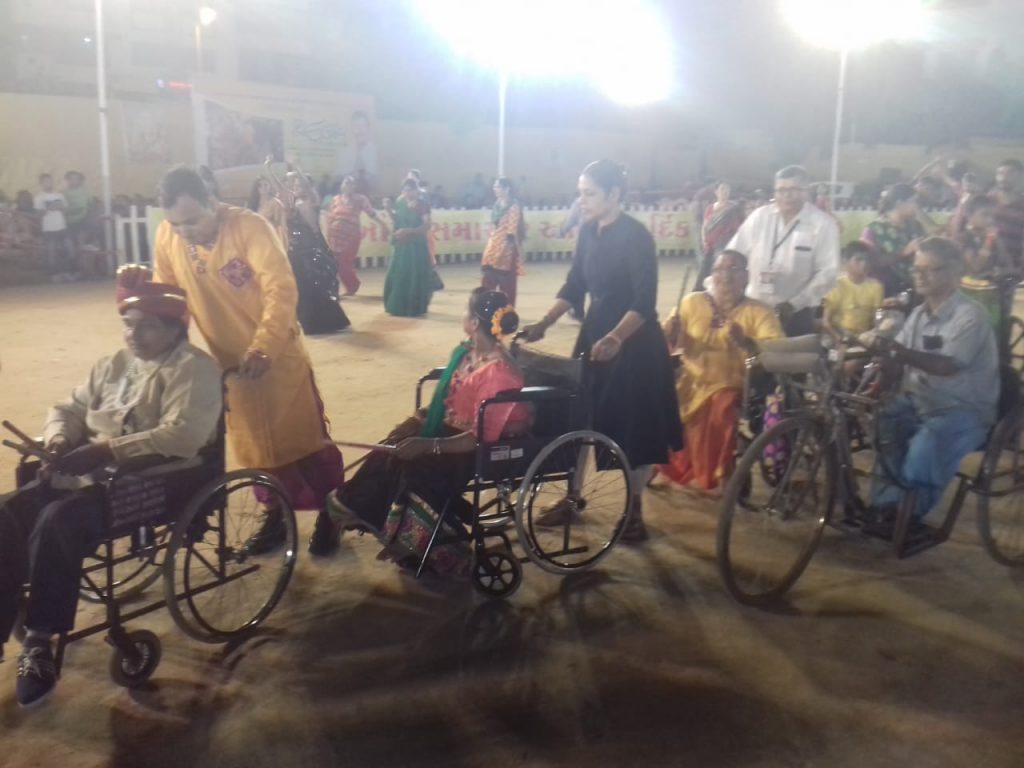 The garba becomes popular for years now and becomes the identity of divyang people where they exclusively dance to the popular garba songs. With crutches, walking sticks and sitting on Wheelchairs the revellers here dance to the tunes of traditional garba and matching steps with each other.

This year Assembly speaker Rajendra Trivedi and Rajesh Aiyre local councillor and garba organiser played with the people and inspire them by boosting their confidence.

“I listened a lot about the Garba which is organised specially for us but hesitate to come here due to my physical condition. But slowly I gain courage and now actively take part in the garba event every year,” said a reveller who was overwhelmed with the experience. 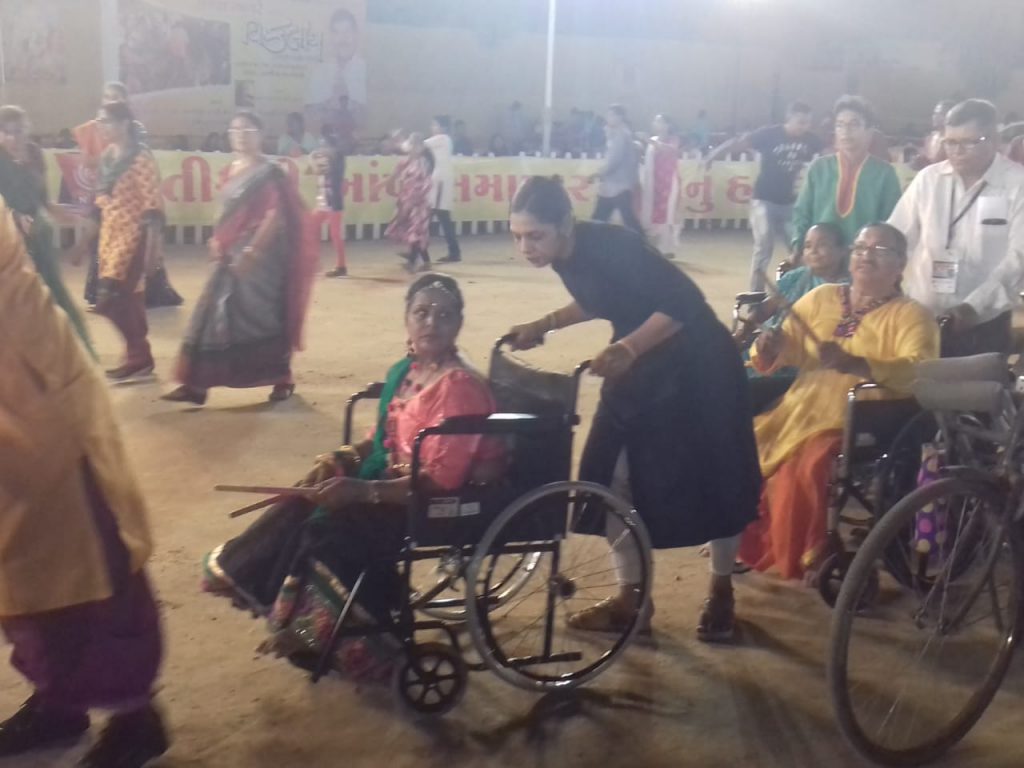 The revellers here dance with their companions and friends without showing any problem they have been facing in their daily lives. “We were not allowed to enter in other big Garba venues in the city and we always felt being neglected. But here the ground is all ours and we all dance here with great enthusiasm,” said another garba enthusiast sitting on her wheelchair.

The Viklang Garba Mahotsav attracts many participants from the city as well as from the outskirts and other cities of the state. “Every year we organise the garba for the people who felt neglected as they were not allowed to other Garba venues during the nine nights. For the last 18 years we are organising the Viklang Garba Mahotsav where they can dance without any hesitation. We start from 50 to 60 people at our garba but now after years the numbers touched nearly 4500 people who came here and dance. We organise buses for them to pick and drop and also organise dinner for them. At the venue we also distribute tricycles and other essential things to the needy persons. The idea is to give them the platform where they can enjoy the festival without any hesitation,” said Rajesh Aiyre the organiser of the Mahotsav.