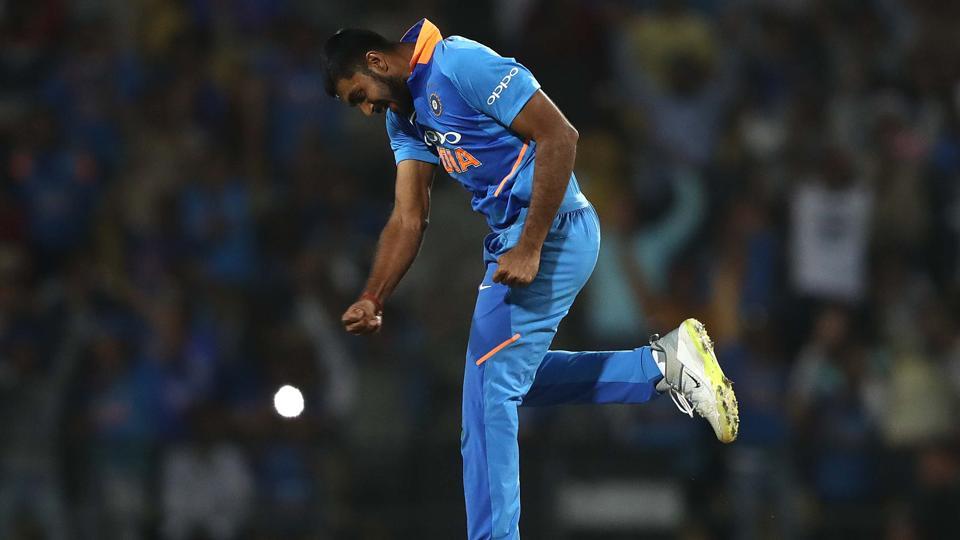 Vijay Shankar registered his name in record books for taking a wicket in the first ball of the world cup match played against Pakistan on Sunday. In his first match, this medium pacer bowled Imam Ul Haq in the very first bowl and became first Indian bowler to achieve the feat.

The high voltage match saw many ups and downs due to rain stoppage in between the innings as India batted first, the team managed to put a good score on the board. Pakistan came to bat in the second innings and defended with the total of 336 put by India.

It was the 5th over of the innings as Bhuvneshwar Kumar was bowling from one end. Suddenly he complained of strain after delivering the fourth bowl of the over and had to leave the field. Vijay Shankar came to complete the over and to everyone’s delight bowled out Imam Ul Haq in his very first delivery. Imam was declared LBW and Shankar registered his name in books of record as the first Indian to take wicket in his first bowl in the world cup