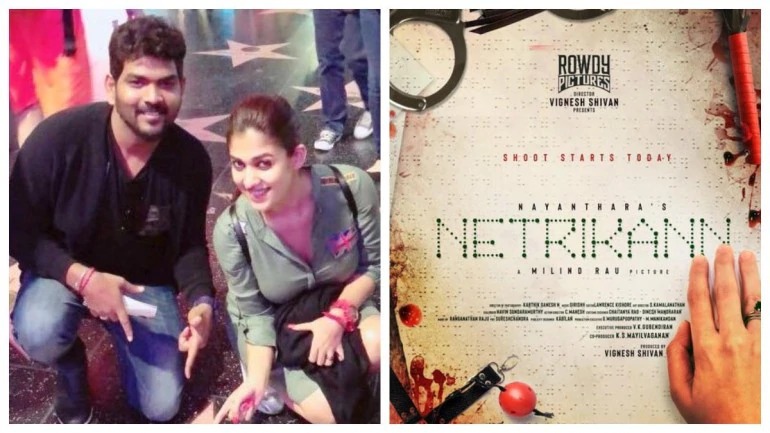 Director Vignesh Shivan has been a supportive boyfriend to Nayanthara ever since they started dating. Now, the filmmaker has floated a new production banner, Rowdy Pictures to producer Nayanthara’s upcoming film, Netrikann, which will be directed by Milind Rau of Aval fame.

The shooting of Netrikann has started yesterday in the city. Producer Vignesh Shivan said, “We as an entire team owe a lot to Superstar Rajinikanth sir, Late director K Balachandar Sir and Mrs Pushpa of Kavithalaya Productions for giving us the title ‘Netrikann’. Milind’s script is an interesting and attractive thriller. Just like his previous film, this will also be entertaining for the audience.”

More details regarding the film will be out in the coming days. He also posted a picture of himself with Nayanthara, where she is seen covering her face.

It is to be noted that Netrikann is a 1981-film starring Rajinikanth in two roles. Directed by SP Muthuraman, the film is produced by legendary director K Balachandar’s Kavithalayaa Productions.